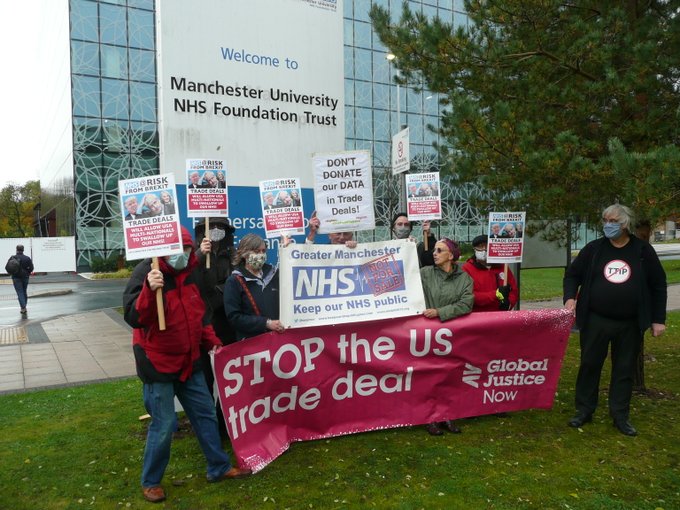 NHS should be on the table in UK-US trade talks, says senior US Senator

American pharmaceutical companies should get access to the NHS in a UK-US trade deal, according to the chair of the Senate committee that approves trade agreements.

Republican Senator, and chair of the Senate Committee on Finance, Chuck Grassley told City A.M. that a UK-US trade deal “ought to involve almost anything” and that the NHS would benefit from increased competition.

The involvement of the UK’s health service in trade talks has been a sensitive topic for the government, with Labour claiming Boris Johnson wants to provide access to US pharmaceutical companies in order to close a deal.

Labour’s main attack line at last year’s election was that the NHS “was up for sale” under a Tory government.

There have been particular concerns about what this would mean for the price of drug treatments, which are far more expensive in the US.

The UK government has said repeatedly that the NHS would not be involved in US trade talks, with trade secretary Liz Truss saying today that the health service was “off the table”.

Grassley said he understood the UK’s reluctance to open up to the US’ pharmaceutical companies, but said it should be on the table.

The Iowan Senator said in the past he had campaigned for pharma companies to be restricted to yearly caps on medicine price hikes.

“I would hope that the National Health service would be open to some competitive approach that would benefit our pharmaceutical companies,” he said.

Before the Open newsletter: Start your day with the City View podcast and key market data

“I have sympathy indirectly for Britain negotiating access to our pharmaceutical companies to your NHS, because you don’t want prices to go up again.

“I’m in a difficult position, because I have some sympathy of what you’re fearful of, but when it comes to free trade I think it ought to involve almost anything.”

All trade deals that are agreed by the US government need to be approved by the Senate Committee on Finance, which Grassley chairs.

The UK is striving to broker a trade deal with the US by mid-2021 when the Senate’s authority to fast track trade deals expires.

There is also concern in the UK’s trade department that if Joe Biden wins the election next week that transatlantic trade deals will not be a priority for his administration.

Sam Lowe, senior research fellow at the Centre for European Reform think tank, said he believed Truss would “push back hard” against any attempt by the US to “include provisions that even tangentially could be viewed to increase costs to the NHS”.

“To get a deal with the US the UK will need to budge on many things – particularly on agriculture and approaches to food safety – but I don’t see it budging on anything NHS related,” he said.

Speaking today, Truss said: “Our red lines remain at the heart of this values-driven approach. Namely, our NHS remains off the table.”

source: City AM
health UK US
Subscribe to bilaterals.org weekly