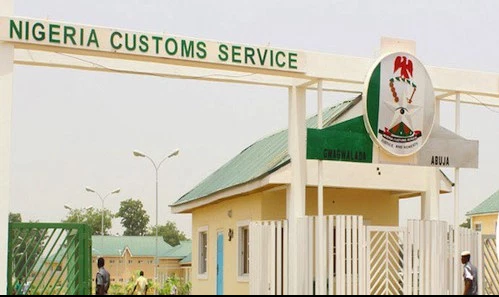 Nigeria’s losses of import duties if the regional EPA is implemented: 2020-50

After the Brexit it is useful to update the value of imports and losses of import duties (ID) of Nigeria from the EU28 minus the United Kingdom (EU28-UK) in case of the implementation of the regional EPA (Economic Partnership Agreement), and this on the basis of EU28-UK exports in 2015. We have completely recalculated, tariff line by tariff line, the data presented in a document of April 2016 both to better stick to the timetable for the 4 groups of products excluded from liberalization (D) or liberalized (A, B and C) and to the rates of ID provided in the EPA Agreement (0%, 5%, 10%, 20% and 35%) . We did the calculations by grouping several chapters of the Harmonized System (HS) of trade codifications: see Appendix.

As the WA Member States do not have reliable customs statistics and even more for 2015 and as the United Nations ITC Trade Map database is not reliable either , we took as a basis the EU28-UK exports to WA, that were supplemented by adding the following data:

Addition of 30% to the FOB value (free on board) of EU28-UK exports to get the CIF value (cost, insurance, freight) of Nigeria imports. Previously we had taken 20% but this percentage seems inadequate especially for Nigeria and the landlocked countries of the Sahel.

Addition of imports and ID due to the growth of the WA population according to the UN database, revised in 2015. We have retained a growth rate of WA imports limited to 2/3 of the population’s growth rate.

Addition of 25% to the CIF values to reflect the diversion of WA imports in favour of the EU28-UK and to the detriment of imports from the other WA States and from third countries. We have reduced to 25% the previous 32.5% taken from Fontagné et al. as this percentage seems excessive compared with other estimates, and we have also calculated the losses without any trade diversion.

Addition of the value added tax (VAT) on imports since it is levied on the CIF value plus import duties. As imports from the EU28-UK would rise with the EPA, the VAT would rise accordingly.