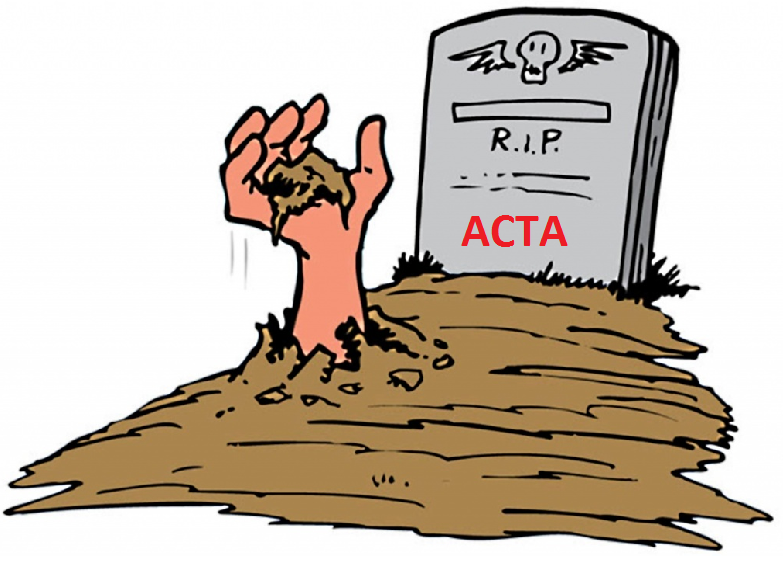 Trade negotiators have a saying—that nothing is agreed until everything is agreed. What that means is that despite all of the deals that has been struck in the Trans-Pacific Partnership (TPP) negotiations so far, they remain tentative until each country signs off on the final agreement. A consequence of this is that no matter how far advanced the parties are towards agreeing on repressive copyright rules, it is still not too late for them to turn back.

That’s why EFF continues to call on TPP officials to renounce misguided plans to extend the length of copyright by 20 years in half of the 12 TPP-negotiating countries. This is despite the seeming inevitability of this extension—it has been included in all U.S. free trade agreements after NAFTA. There havebeen repeated reports that little to no opposition to it remains amongst the negotiating countries.

Even so, we can’t simply sit back and accept this, because what’s wrong is wrong. Even the Office of the United States Trade Representative (USTR) that has been hell-bent on pushing this change cannot be unaware that this places them at odds with almost all economists [PDF]. That’s because copyright term extension has never been about economics, it has been about placating a big content sector that takes pride in its ability to demand, and to receive, copyright laws that benefit nobody but themselves.

Big content threw a hissy fit over the proposal of slightly more liberal language on copyright exceptions during last month’s negotiations. This was not because this damaged their interests—on the contrary, creators depend upon fair use as much as anyone. Rather, because it marked a slip in their control over a U.S. government agency that they are used to manipulating like a puppet (partly by offering plum jobs to USTR staff who toe the line). We can only imagine how much more incensed big content lobbyists will be if their demand for Pacific-wide copyright term extension is rejected.

Over the past few weeks, we have heard from experts in four of the six TPP countries that may be forced to extend their copyright terms by 20 years under the TPP. They have spoken with one voice about how harmful this change will be for their citizens :

Professor Michael Geist of Canada sounded a warning about the potential for the TPP to eviscerate many of the reforms found in Canada’s new copyright law, despite the lack of any public consultation over changes that would upset these finely balanced domestic policies. Further perspectives from Canada were contributed by filmmakers Andrew Hunter and Brett Gaylor.

We heard from Malaysian entrepreneur Shawn Tan, in a piece that the local press also picked up about how the extension of Malaysia’s copyright term would lock up materials from the country’s early history, while doing nothing for high-tech innovators who are finding more value in open collaboration than copyright monopolies.

In Japan, consumer policy expert Martin Frid described how the Japanese government is aligned with the U.S. against local creators and fans, threatening their ability to bring historical plays and the characters they love from anime and manga, to life through theatre, costume, and fan art.

Finally (for now) economist Eric Crampton from New Zealand, taking the rightsholders’ argument to the extreme, asks why copyright should not be infinite ? He explains that longer copyright terms impose a disproportionate cost on the creation of new works, leading to an impoverished global cultural commons.

We also heard cautionary tales from Jamaica and South Africa about how the copyright trap is never-ending : it has been well-described as a ratchet that goes up, but never down. Today it’s life plus 50 years, tomorrow life plus 70, then life plus 95, or 100, or… forever. Since the public domain ought to provide a rich and diverse pool of works that constitutes our shared cultural heritage, every year that is stolen from it tightens the straightjacket of those who depend upon accessing it.

It’s not just about protecting the interests of users and creativity, either. It’s also a dollars-and-cents argument for the countries concerned. Do the math : in a country like Malaysia, where less than 20% of music consumed is locally produced [PDF], that means that over 80% of the music royalties paid during the extended copyright term will be headed overseas with a negligible amount received in return. Similar figures apply to other countries and other cultural sectors.

This makes it obvious why, if not for the leverage of offering them more favorable terms for trade in their manufactured and agricultural goods, the USTR would not have a leg to stand on in its demands that other countries adopt a costly extension to their copyright term.

So we won’t be giving up this fight and neither should those countries. Either we’ll convince them to reject the unwarranted extension of the copyright term by 20 years, or we’ll have given them fair warning : if they press ahead and include this term in the agreement regardless of the public’s wishes, we will together rise up and defeat the TPP as a whole, just as we defeated ACTA and SOPA before it.

On our TPP’s Copyright Trap page we link to more articles about how the threat of copyright term extension under the TPP impacts users around the world.