Dec. 14 (Bloomberg) — President Barack Obama’s administration notified lawmakers that it will pursue a trade accord with a group of Asian nations, the first such initiative of his presidency.

In a letter sent to congressional leaders today, the U.S. Trade Representative’s office followed up on a general announcement the administration made during the Asia-Pacific Economic Cooperation forum in Singapore last month that it would pursue the Trans-Pacific Partnership with seven other nations in Asia.

Kirk invited lawmakers to comment on the effort before negotiations begin in March 2010. Congress would have to ratify any trade accord reached by the administration.

Four nations initially negotiated the trade agreement, New Zealand, Chile, Brunei and Singapore. At the end of last year, Peru, Vietnam and Australia said they would like to join, too. The U.S. has individual free-trade deal with Chile, Singapore, Peru and Australia. 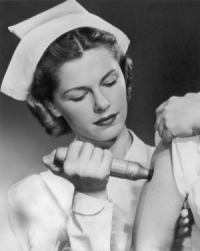 “U.S. participation in the TPP agreement is predicated on the shared objective of expanding this initial group to additional countries,” Kirk wrote.

Business groups say that the agreement could boost U.S. engagement in the fast-growing Asian region, and counter the moves by China to reach accords with those nations.

“TPP is about re-establishing the role of the U.S. in the Asian region,” Calman Cohen, president of the Washington-based Emergency Committee for American Trade, told reporters Dec. 11. “If they get it right, it can be a real shot in the arm.”

Some farmers and ranchers have expressed opposition to an accord, saying it may cause an increase in meat and dairy imports from New Zealand. U.S. textile manufacturers have said they are concerned an agreement would boost imports of competitive products from Vietnam.

At a hearing held by the U.S. Trade office in March, the National Council of Textile Organizations said it opposed including Vietnam in the pact, because its economic structure poses a “unique threat to U.S. manufacturers and their workers.”