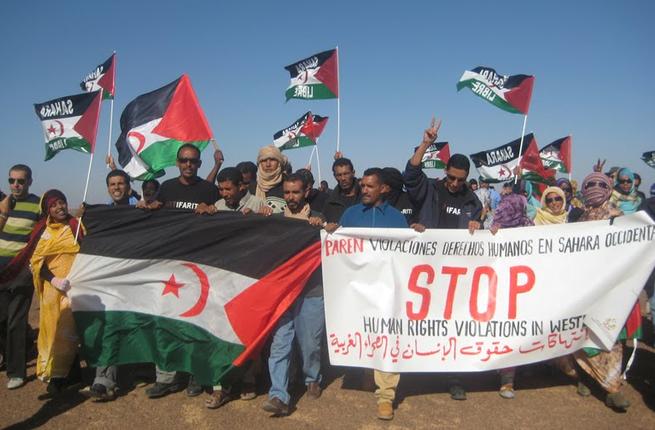 On Morocco, will the EU ignore its own court?

By Heidi Hautala and Jytte Guteland

On Wednesday (16 January), the European Parliament is set to vote in plenary about the controversial proposal to extend the EU-Morocco trade agreement to Western Sahara.

The European Court of Justice has ruled repeatedly that Western Sahara is a separate and distinct territory that cannot be included in EU-Morocco agreements, unless the people of Western Sahara give consent to it.

If the EU does not follow the criteria from its own court, what will be next?

One of the world’s lengthier conflicts has returned to the EU spotlight, much due to a new and controversial agreement.

The Moroccan occupation of Western Sahara begun in 1975 and resulted in the separation of the Sahrawi people, many of whom were forced to flee to Algeria as refugees and now rely totally on humanitarian aid (mostly provided by the EU).

The occupation also meant the physical separation of the territory of Western Sahara and the construction of a 2,000 km wall flanked by one of the world´s largest minefields.

Those living under Moroccan occupation face daily violations of their basic rights as we have seen for ourselves and have seen a continuous flow of Moroccan settlers outnumber the Sahrawi indigenous population in its own territory.

Not a single country in the world recognises Morocco’s claims over Western Sahara.

The occupation and annexation violate international law and the case law of the International Court of Justice.

The UN considers Western Sahara as a non-self-governing territory that should be decolonised by exercising the right to self-determination that has now long been denied to the Sahrawi people.

For more than 40 years, Morocco has profited from the natural resources of the occupied Western Sahara without consent from the Sahrawi people.

The EU is Morocco’s largest trading partner and products from Western Sahara have entered the European market under earlier agreements that have now been deemed illegal by the EU’s own court, due to the lack of consent.

The EU has for decades not only ignored the conflict, but has also fed it through profitable agreements with Morocco, while paying mere lip service to the UN conflict resolution efforts.

Notwithstanding the chaotic parliamentary proceedings, including the serious allegations of conflict of interest that marred the negotiation of the agreement, there remain many fundamental questions that should be clarified before the upcoming plenary vote.

How can the EU claim it does not recognise Moroccan sovereignty over Western Sahara yet negotiated the terms of the deal and its implementation exclusively with Rabat?

Why has the European Commission consulted different stakeholders instead of asked for the consent from Polisario Front, the UN-recognised representative of the people of Western Sahara?

Why is the commission claiming that the agreement will benefit the local and today mainly Moroccan population, when the judgement states that the key issue is consent from the (indigenous Sahrawi) people and that benefits are irrelevant?

Why can’t the commission present satisfactory figures on the trade flows with Western Sahara and their effects?

Why was the consultation process launched after the agreement was initialled with Morocco?

How does it think that a process that entrenches Morocco’s interests in the territory will provide an incentive for Morocco to negotiate in earnest an UN-brokered change in the status quo?

Why will European consumers be unable to identify products coming from Western Sahara in contravention to the EU´s own rules?

This is why a cross-party group of close to 100 MEPs have tabled a resolution calling for the EU Court of Justice to assess the legality of the proposed agreement, before proceeding with the consent procedure.

Unfortunately, the EU is not contributing to peace and security in the region by this agreement.

Nor does it show that it is respecting international law or the principles of the UN Charter.

On the contrary, the agreement risks interfering directly with the UN peace process.

In December and for the first time in six years, the Polisario Front, the national liberation movement of Western Sahara, and Morocco met under the auspices of the UN special envoy Horst Koehler. It is crucial that the EU supports the peace talks that will continue in 2019, and it is certainly not doing so by legitimising the illegal occupation of Western Sahara and sending to Morocco the message that its "business as usual".

Moreover, we are convinced that the new trade agreement will badly undermine the credibility of the EU as a value-based global actor and a staunch promoter of rule of law and rules-based multilateralism.

If the European parliament votes in favour of the agreement without knowing that it complies with the European Court of Justice judgement, how can it demand that other countries respect international law and their own courts?

We hope that the members of the European parliament will choose to respect their own court and vote against the agreement, to avoid further escalation and avoid prolonging the immense human suffering in Western Sahara and the Sahrawi refugee camps.