To: The Head, AfCFTA Secretariat

RE: OPPOSITION TO THE PROPOSED US-KENYA FREE TRADE AGREEMENT

We are writing to you today to strongly urge you to consider intervening to convince Kenya to abandon or, at the very least, postpone the United States-Kenya Free Trade Agreement (FTA) negotiations to a later date.

Kenya must be cognizant of its development strategy and how it fits into the overall picture. Reciprocal trade between Kenya and the US essentially puts two extremely unequal countries on a path of enhanced harmonization of rules and policies. This is a complete mismatch. For example, California alone is the fifth largest economy in the world. Kenya on the other hand is currently ranked 98th on the US trading partners list with exports of $365 million and imports worth $644 million.

The agreement portends the danger of crippling sectors such as agriculture and manufacturing and disintegrating of the Kenyan economy. In agriculture, for example, the US seeks to secure comprehensive market access for US agricultural goods, promote greater regulatory compatibility with US rules and establish specific commitments for trade in products developed through agricultural biotechnology. The likely outcome is that the agreement will likely negatively impact food security, as the ability of local farmers to produce will be limited by stiff competition from subsidized products from the US market. Further, it may limit the ability of the Kenyan government to regulate risky pesticides or agricultural technologies or even shelter local production from volatile prices or supplies.

The Kenyan domestic market is characterized with very high informality (Annex Table 1). Opening up the micro small and medium enterprises to external competition from American businesses, will not only worsen the performance of the MSMEs which currently contribute at least 28% of GDP, but will also worsen the gender disparities, given the low ownership of women owned enterprises.

Coming at a time when the AfCFTA is on the verge of implementation, based on available evidence, we opine that this is the wrong move, as it will undermine the progress made by African countries in negotiating to increase intra-regional trade. The AfCFTA targets to increase Intra-Africa trade to 50% from the current 15%, moreover, most of the top commodities trade and in manufactures. The US FTA seeks furthermore, seeks market access for its re-manufactures, which will negatively impact the AfCFTA process (See appendix figure 1). With the ongoing coronavirus pandemic, our view is that the timing of the negotiations is inappropriate especially given that implementation of the AfCFTA has been paused in the wake of the pandemic.

It is important to note that concluding an FTA with the US will have a negative knock-on effect on the integration efforts under the East African Community (EAC) and the Continental Free Trade Agreement (CFTA). Kenya’s commitments under these frameworks will be meaningless if an external FTA like the one proposed comes into effect. Additionally, African Growth and Opportunity Act (AGOA) under which African countries have been exporting goods to the US expires in 2025. However, we note that it is the US congress that has the mandate to renew AGOA. There are positive indications from the private sector in the USA that they want AGOA to be extended. We therefore see no need to negotiate an FTA at a time when it is possible that AGOA will be renewed. The discussion on a post-AGOA future needs to be collectively done by African countries and not a single country rushing to conclude an agreement with such far-reaching consequences. Such a move will set a counterproductive floor for all other African countries in their future trade relations with the US since it will give the US a pole position.

Moreover, delaying the negotiations will provide more time to address key issues related to the FTA that unfortunately have not been taken into consideration before proceeding with the scheduled negotiations. These issues include, but are not limited to:

1. A comprehensive economic impact assessment on the effect of the FTA to Kenya’s economy. This assessment must be accompanied with a human rights impact assessment as suggested by UN Special Rapporteurs [1], as well as an environmental and social impact assessment especially looking at the informal sector – which is mostly occupied by women. 2. Examining shortfalls in the utilization capacity for Kenya under AGOA to determine current challenges in US-Kenya trade. 3. The need for further public consultation beyond the current consultation with large lobby groups. Special consideration for infant industries which are likely to be greatly impacted by the FTA should be taken into account as their views may not be sufficiently captured by the large lobby groups. 4. Consultation with other relevant stakeholders beyond the private sector including CSOs and EAC partners. 5. Current technical capacity for negotiation and the possible need for capacity-building in this area.

Providing time to address the issues outlined above will allow us to study and develop best scenarios for Kenya arising from the FTA hence placing us in a more informed position for negotiating. Otherwise, with a lack of adequate preparedness and evidence as we stand, we will certainly be bringing a knife to a gunfight

To reiterate, we strongly feel that with the AGOA, there is no need to negotiate a US FTA at this time especially with the ongoing pandemic, which has led to an economic crisis. In a statement to a G20 trade ministers call last week, US Trade Representative Lighthizer cautioned against using the coronavirus crisis to “push other agendas” in trade and other areas. Instead, the G20 economies should stay focused on defeating the pandemic. “Let us not make long-term decisions in the midst of a crisis.”

If Kenya proceeds with negotiating a USFTA, it should be goods only and unenforceable (like the Japan-USFTA the Trump Administration negotiated) given Kenya’s lower GNI/capita than Japan and the way the non-goods chapters undermine the response to the pandemic & its economic crisis. With the recent wave in investor-state dispute settlement (ISDS) cases due to the pandemic, encompassing non-goods chapter in the agreement will place the government’s resources in a very precarious situation if investors decide to sue during this pandemic period. As such, the FTA should be on goods only.

We urge you to seriously consider the issues brought forth in this letter and use your good offices to reach out to the Kenyan government to take immediate action to address these issues so as to ensure the safety and well-being of the citizens of Kenya. A lack of consciousness to the issues will jeopardize the legacy of this administration and, as fragile as it already is, damage the trust citizens have bestowed on the government. 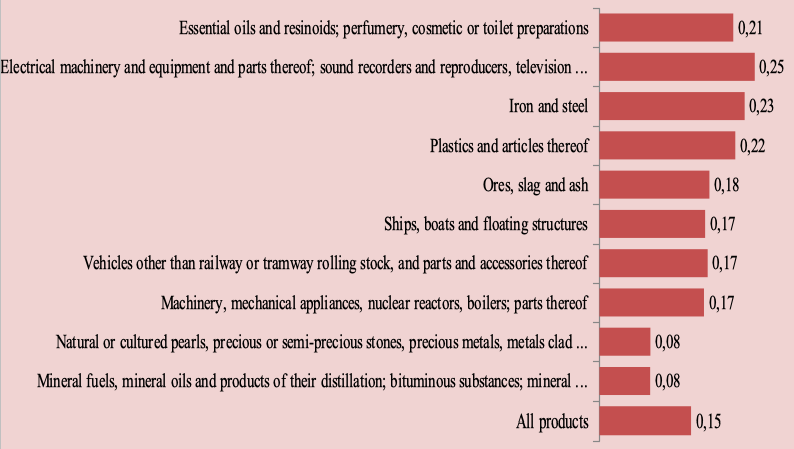