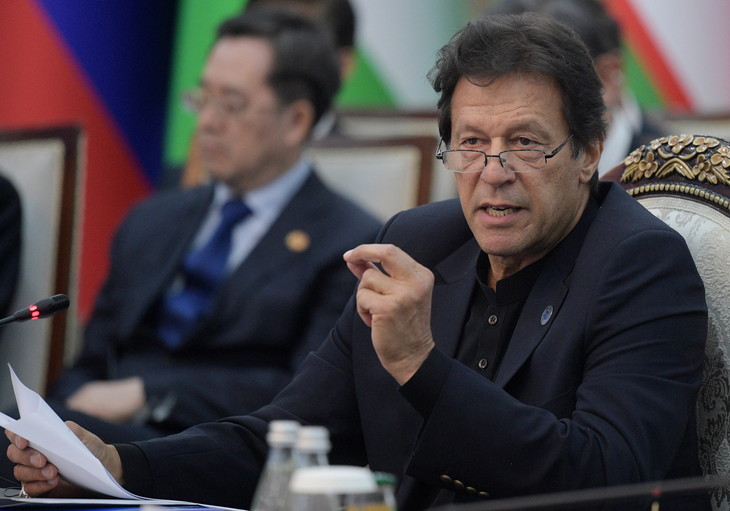 Pakistan will seek engagement with the United States in the economic and trade arena, while emphasizing the need for early convening of the next round of Trade and Investment Framework Agreement (TIFA) meeting during the ongoing visit of Prime Minister Imran Khan to the USA, sources said.

"President Trump and Prime Minister Imran Khan will discuss a range of issues, including counter-terrorism, defence, energy, and trade, with the goal of creating the conditions for a peaceful South Asia and an enduring partnership between our two countries," a White House statement said last week.

Pakistan and the United States began negotiating a Bilateral Investment Treaty (BIT) in 2004 and closed the text in 2012, but the agreement has not been signed due to reservations from Pakistani stakeholders.

Sources said that Pakistan has opted to use TIFA to deal with issues that may surface as no talks on BIT have taken place since 2012. Pakistan and the United States signed TIFA in 2003, which provides a forum for discussion of bilateral trade issues and BIT comes under preview of the forum.

The most recent TIFA intercessional meeting was held in Islamabad in May 2019. At the conclusion of the talks, the US Embassy stated that both sides discussed ways to improve access to products, such as agricultural goods and medicines, in each other’s markets. While both sides desire to strengthen digital trade, the two sides also looked at ways to strengthen intellectual property rights and the business climate in Pakistan.

The Board of Investment (BoI) has also drafted its own template for BIT with different countries in future, an official of BoI said. Under the proposed BIT template, the federal government would not be made liable for private investors’ disputes. Alternative dispute resolution (ADR) mediation would be made compulsory, while foreign arbitrators would be decided in advance through consensus.

The new BIT template suggests that all the investment contracts signed by state enterprises and private parties would be vetted by the Ministry of Law and Justice and routed through the BoI. Aggrieved investors would be able to approach the BoI in case of violations or delays in the implementation of the agreement by the concerned agencies.

Owing to mounting litigation, the official said that different countries have already revisited their stance on bilateral investment treaties. Venezuela, South Africa, Brazil, Argentina, Ecuador and Indonesia are among the countries which are in the process of terminating or revisiting their BIT policies.

According to the website of the United Nations Conference on Trade and Development (UNCTAD), five countries terminated their BITs with Pakistan. These are Indonesia, Kuwait, Malaysia, Romania and Tajikistan. Pakistan has signed BITs with the following 17 countries but they are not in force: Azerbaijan, Bangladesh, Belarus, Bulgaria, Cambodia, Czech Republic, Egypt, Germany, Kyrgyzstan, Morocco, Philippines, Qatar, Tunisia, Turkmenistan and Yemen.

Pakistan has signed 47 BITs since 1959. Three BITs were re-negotiated. The 1959 BIT with Germany was renegotiated in November 2009; the one with Kuwait in February 2010 and Turkey in April 2012. Several rounds of negotiations for a BIT with the United States have remained inconclusive. The official said that the heavy costs involved in arbitration and awards to sovereign states have led the government to revisit the existing BITs. Pakistan has currently lost two cases at international arbitration forums: Reko Diq Project of Tethyan Copper Company - a Canadian and Australian consortium and Karkey Karadeniz Elektrik Uretim of Turkey.