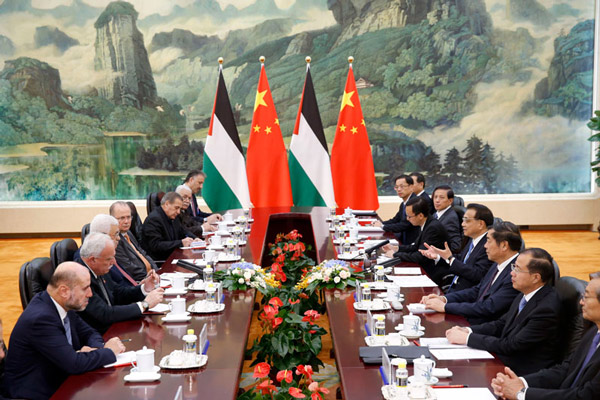 Palestine and China signed on Thursday a memorandum of understanding on free trade between the two countries during a ceremony held at the Prime Minister’s office in Ramallah.

Prior to this, Hamdallah received the deputy Chinese Minister of Commerce at his office and discussed with him ways to enhance cooperation between the two countries.

Hamdallah praised China’s continuous support for Palestine and pointed out the importance of China’s participation in the industrial zone, which will be built in Tarqumiya, in Hebron district. He said this will contribute to reinforcing the national economy and to the creation of jobs in Palestine.

He also briefed the guest on the obstacles facing development in Palestine as a result of the Israeli occupation, especially in Area C, which is under complete Israeli control and which makes 64% of the area of the West Bank.