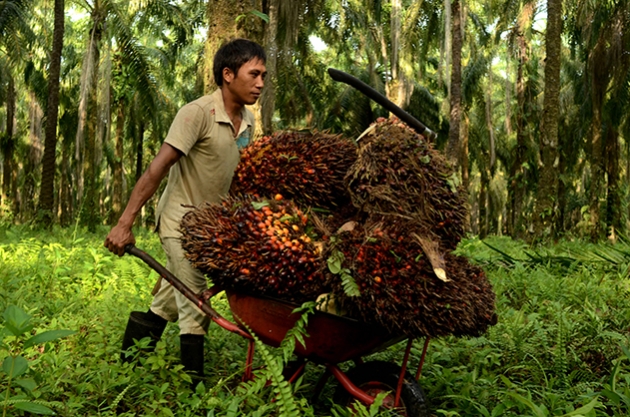 This is an automated translation from German. The original article can be found here.

Zurich. In the Swiss Parliament the planned free trade agreements with Indonesia and Malaysia is the subject of heated debate. Reason: the intended reductions in customs duties for palm oil are controversial.

Now it turns out that the chief negotiator of Indonesia, Soemadi Brotodiningrat, has close relationships to the palm oil industry. He sits on the board of directors of the Indonesian company Astra Agro Lestari, one of the country’s largest palm oil producers. The chief negotiator’s connections to the Astra conglomerate go back a long way. In 2006, he joined the Board of Directors of Astra International before moving to the palm oil specialist subsidiary in 2015.

The Council of States argues on Tuesday about palm oil

According to the State Secretariat for Economic Affairs (Seco), negotiations are well advanced. A spokesman said that the talks are due to be concluded within the next few months. It is not the role of Seco to comment on the selection of the chief negotiator. "It is up to Indonesia to determine the requirements for its negotiating spokespersons." It remains a fact that palm oil is one of Indonesia’s main export products and that the country is accordingly interested in it."

Neither the Indonesian Foreign Ministry nor Astra Agro Lestari nor Brotodiningrat itself responded to an inquiry.

The Swiss palm oil opponents sharply criticise the dual role of the Indonesian chief negotiator: "It is highly problematic that someone who conducts such decisive negotiations benefits personally from a certain outcome. This is a clear conflict of interests," says Miges Baumann of the development organisation Brot für Alle.

A former Swiss top diplomat has a similar opinion: the chief negotiator’s connection to the palm oil industry is unpleasant and represents a possible conflict of interest. But it cannot be Switzerland’s task to change this situation. "The negotiator is like a lawyer for the other side. It is up to them, whom she chooses for this task.»

Ex-diplomat Patrick Ziltener describes Brotodiningrat as a mastermind with important positions in business and politics. However, he does not believe that he can manipulate the process in favour of his company. "All relevant ministries stress the importance of the palm oil industry. If someone else were in his place, he would be representing the same interests.” In general, however, such double functions are an indication that a government primarily represents the interests of a particular industry, says Alex Biscaro of Transparency International Switzerland.

On Tuesday, the Council of States will discuss whether palm oil should be exempted from the agreements with Indonesia and Malaysia. There are several proposals on the agenda that call for this. One of them was already adopted by the National Council in February. The criticism of palm oil comes from various sides. Ecological circles denounce the environmental damage caused by palm oil production. "Malaysia and Indonesia produce 85 percent of the world’s palm oil. This has destroyed 150,000 km2 of rainforest to date," explains Baumann of Bread for All. Farmer representatives fear cheap competition to local products.

The Foreign Policy Committee of the Council of States has requested the rejection of the attempts to exclude palm oil and has submitted its own motion as a compromise: the Federal Council should reserve the right to suspend concessions for palm oil imports if this leads to a reduction in Swiss oilseed production. It should also make a contribution to the sustainable production of palm oil. For the Federal Council, excluding palm oil from the agreement is not an option. Without tariff reductions, no agreement would be reached, says a Seco spokesman. The motion of the Council of States Commission, on the other hand, is a compromise that would allow negotiations to be concluded.

It is unclear what would happen if Parliament were to adopt one of the proposals calling for the exclusion of palm oil. The Federal Council would not have to take the will of parliament into account, since it is responsible for concluding international treaties. It would therefore be faced with a delicate decision.