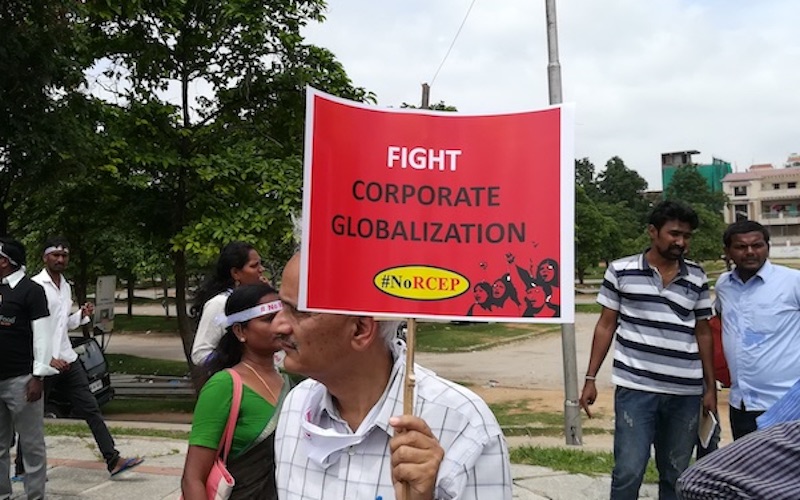 October 25, 2021: Despite acknowledging many of our criticisms of the RCEP, the Labor Opposition voted with the government for the RCEP enabling legislation in the House of Representatives on Tuesday October 20 and the Senate on Thursday October 22.

The Greens and the independent Rex Patrick voted against the legislation.

The government will now proceed with the ratification process by exchanging letters with RCEP governments as required by the agreement.

The government majority report of Australian parliamentary committee inquiry into the RCEP acknowledged many of the flaws we raised in our submission, but still supported the enabling legislation. The Labor and Greens opposition parties made critical statements attached to the report.

AFTINET urged parliamentarians to delay the vote to allow for amendments to me made to the text.

Writing on behalf of 13 national civil society organisations, collectively representing millions of Australians, AFTINET re-circulated a letter detailing community concerns that the agreement has no commitments to human rights and labour rights, would legitimise the brutal military regime in Myanmar, could restrict local industry development, increase the risk of exploitation of temporary migrant workers, restrict regulation of aged care services, and restrict State Government regulation of emissions from power stations.

The Australian Council of Trade Unions (ACTU) also called on parliamentarians to “oppose ratification of RCEP in its current form”, citing recognition of the Myanmar regime, dangers of further abuse and exploitation of vulnerable migrant workers, and threats to regulation of Aged Care, including by implementing the important recommendations of the Aged Care Royal Commission.

AFTINET’s media release urged parliament to monitor the impacts of the agreement and seek changes at the review scheduled for two years after ratification.