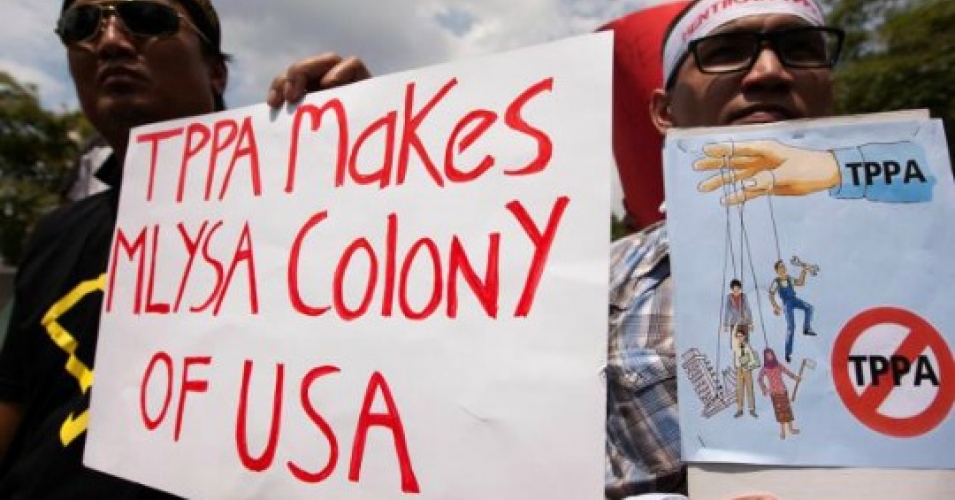 Kuala Lumpur: Parti Sosialis Malaysia (PSM) said it would fight all trade agreements that it considered unfair and only favoured big corporations, including a new regional economic partnership that is set to replace the US-sponsored Trans-Pacific Partnership Agreement (TPPA).

“We knew just how damaging the TPPA was and we have others like the RCEP that are also dangerous to the country,” said PSM secretary-general A. Sivarajan, announcing the party’s People’s Charter today.

“There is no point fighting each trade agreement, so we have decided to fight all the agreements together with our People’s Charter on International Trade Agreements.”

TPP is a 12-member trade agreement promoted by former US President Barack Obama which included Malaysia. Following his election, President Donald Trump withdrew the US from the pact, effectively plunging TPPA into limbo.

The Regional Comprehensive Economic Partnership (RCEP), touted as a replacement for TPPA, is an Asean-driven initiative that aims to integrate economically 16 countries in Asia and Oceania regions.

Sivarajan said the party was not against trade but were against agreements “that will rob the people”, he told reporters at the PSM headquarters today.

“Trade is important to our economy but what we are against is the rich using these agreements to further their agenda and benefit themselves by placing safeguards for their investments.

“We do not want trade to be used by the top companies to grow further at the expense of Malaysians,” he said.

PSM said any trade agreement that Malaysia intended to join must spell out pre-establishment rights for investors, such as restrictions on performance requirements and expectations of investments.

It also said critical sectors such as healthcare and food should be protected from big multinational investors.

PSM said its People’s Charter also rejected Investor State Dispute Settlement (ISDS) and, instead, proposed forming an International Court of Appeal for parties to pursue their case after exhausting all legal process within the country.

Another proposal called for trade agreements that would not undermine the SME sector by giving huge marketing chains the licence to compete with small and medium businesses.

PSM said trade agreements of the future should play a role in curbing tax evasion by the super rich, and encourage a decent minimum wage.