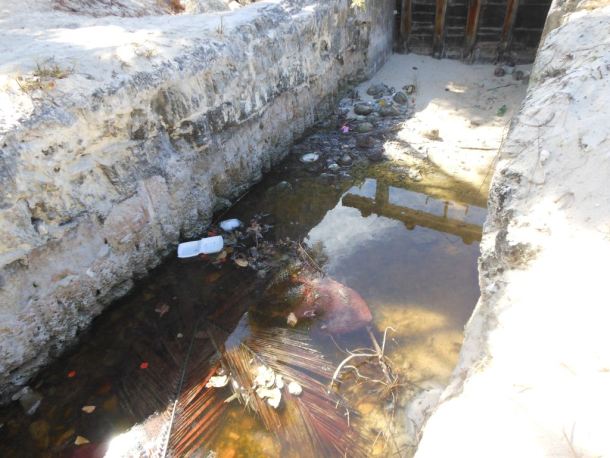 On June 27, 2016, a tribunal under the auspices of the Permanent Court of Arbitration (PCA) dismissed all claims by Canadian businessman Peter A. Allard against Barbados under the Canada–Barbados bilateral investment treaty (BIT) and the Arbitration Rules of the United Nations Commission on International Trade Law (UNCITRAL). Seeking over CAD29 million in damages, Allard claimed that a failure by Barbados to take environmental protection measures breached the BIT and resulted in the destruction of the value of his investment in an eco-tourism site.

In 1994, Allard decided to establish an eco-tourism attraction in the western part on the south coast of Barbados. Between 1996 and 1999 he incorporated a company and acquired land in Barbados for the construction of a Sanctuary, opened to the public in 2004. After a failure in the South Coast Sewage Treatment Plant in 2005, Allard decided to sell the Sanctuary in 2007, announcing its closure on October 29, 2008.

Allard initiated arbitration against Barbados on May 21, 2010 claiming that the government’s actions and hesitation in closing the sluice gate of the sewage treatment plant resulted in drastic environmental damage, making his investment in the eco-touristic site worthless, in breach of BIT provisions on fair and equitable treatment (FET), full protection and security (FPS) and expropriation.

According to Allard, the Sanctuary suffered severe environmental degradation that gradually transformed it into “little more than a mosquito-infested swamp” (para. 56) by the time of its closure in 2009. Barbados rejected this allegation, asserting that the ecology of the site was not promising when Allard decided to start his business.

In a 2014 award, the tribunal dismissed Barbados’s jurisdictional objections ratione materiae and ratione personae. It found that Allard owns and controls assets pursuant to Barbadian law, and that these assets constitute an investment under the BIT. However, it postponed to the merits phase its examination of one issue of Barbados’s objection to the tribunal’s ratione temporis jurisdiction.

Allard alleged that Barbados failed to meet his legitimate expectations as an investor and thus breached its FET obligation under the BIT. According to Allard, he relied on representations made by some Barbadian officials that reflected Barbados commitment to maintain the eco-environment in the area surrounding the Sanctuary.

Barbados contended that the FET standard corresponds to the minimum standard of treatment of aliens under customary international law. Further, it added that the representations and circumstances Allard relied on happened after his decision to invest.

The tribunal found that none of the statements relied on by Allard qualified as specific representations that could generate legitimate expectations: they were either plans or reports prepared by experts hired privately by Allard himself. In addition, the tribunal concluded that, except for one document dated 1986, all representations were made after his decision to invest, in 1994. Therefore, the tribunal concluded that Barbados did not breach its FET obligation.

Allard alleged that the FPS commitment meant more than securing against physical interference with the investment. He asserted that Barbados failed to adequately manage the sluice gate, which he considered as the main reason for environmental degradation at the Sanctuary, in addition to its failure to enforce its environmental laws. In response, Barbados contended that the FPS standard is limited to protection against direct physical harm to the investor or its property.

Indirect expropriation claim is not substantiated

Allard alleged that Barbados’s measures were tantamount to expropriation. In particular, he indicated that, in 2003, Barbados implemented a reclassification plan of lands adjacent to the Sanctuary, allegedly resulting in a substantial increase of impurities into the Sanctuary and turning it into a conservation project rather than a touristic one. He added that Barbados’s failure to apply the relevant environmental laws and to operate the sluice gate properly allowed the environmental degradation of the Sanctuary. In turn, Barbados contended that Allard was never deprived of the Sanctuary or of its economic worth. On the opposite, it claimed that the site attracted visitors until its closure in 2009.

The tribunal was persuaded that Allard remained the sole operator of the site either as an eco-touristic attraction or later as a café: he had not been deprived of the physical possession of the real estate. It also pointed out that Allard gained economic benefit of running his business until he decided to close it. The tribunal also found that Allard failed to establish a cause-and-effect bond between the alleged degradation of the surrounding environment and his decision to cease his business. According to the tribunal, he also failed to substantiate the existence of exceptional damage to the marine environment before he made his decision to opt out of the Sanctuary. For the tribunal, Barbados’s purported failure to enforce the relevant environmental laws did not reflect a breach of its obligations under the BIT. Accordingly, the tribunal dismissed the expropriation claim.

BIT Article XIII(3) establishes a three-year time bar for submitting a claim to cover a damage in a breach of the BIT. As Allard filed the dispute on May 21, 2010, Barbados maintained that the tribunal would not have jurisdiction over facts before May 21, 2007. In its 2014 Award on Jurisdiction, the tribunal had postponed to the merits phase the decision on its ratione temporis jurisdiction concerning the alleged mismanagement of the sluice gate before May 21, 2007. In the 2016 award, having found that Barbados fulfilled its commitments under the BIT, the tribunal considered it futile to examine the remaining jurisdiction objection.

In its closing statement at the hearing, Barbados claimed that Allard’s answers under cross-examination gave rise to two new jurisdictional issues. However, the tribunal affirmed that the new jurisdictional objections were not based on any new facts or circumstances, and concluded that they should have been raised before the Award on Jurisdiction.

Notes: The PCA tribunal was composed of Gavan Griffith (President appointed by the co-arbitrators, Australian national), Andrew Newcombe (claimant’s appointee, Canadian national) and W. Michael Reisman (respondent’s appointee, U.S. national). The June 26, 2016 award, including the Decision on Jurisdiction of June 13, 2014 as an annex, is available at http://www.italaw.com/sites/default/files/case-documents/italaw7593.pdf.

Amr Arafa Hasaan is an Alumnus of the Graduate Institute of Geneva and the University of Geneva, and Counsellor at the Egyptian State Lawsuits Authority