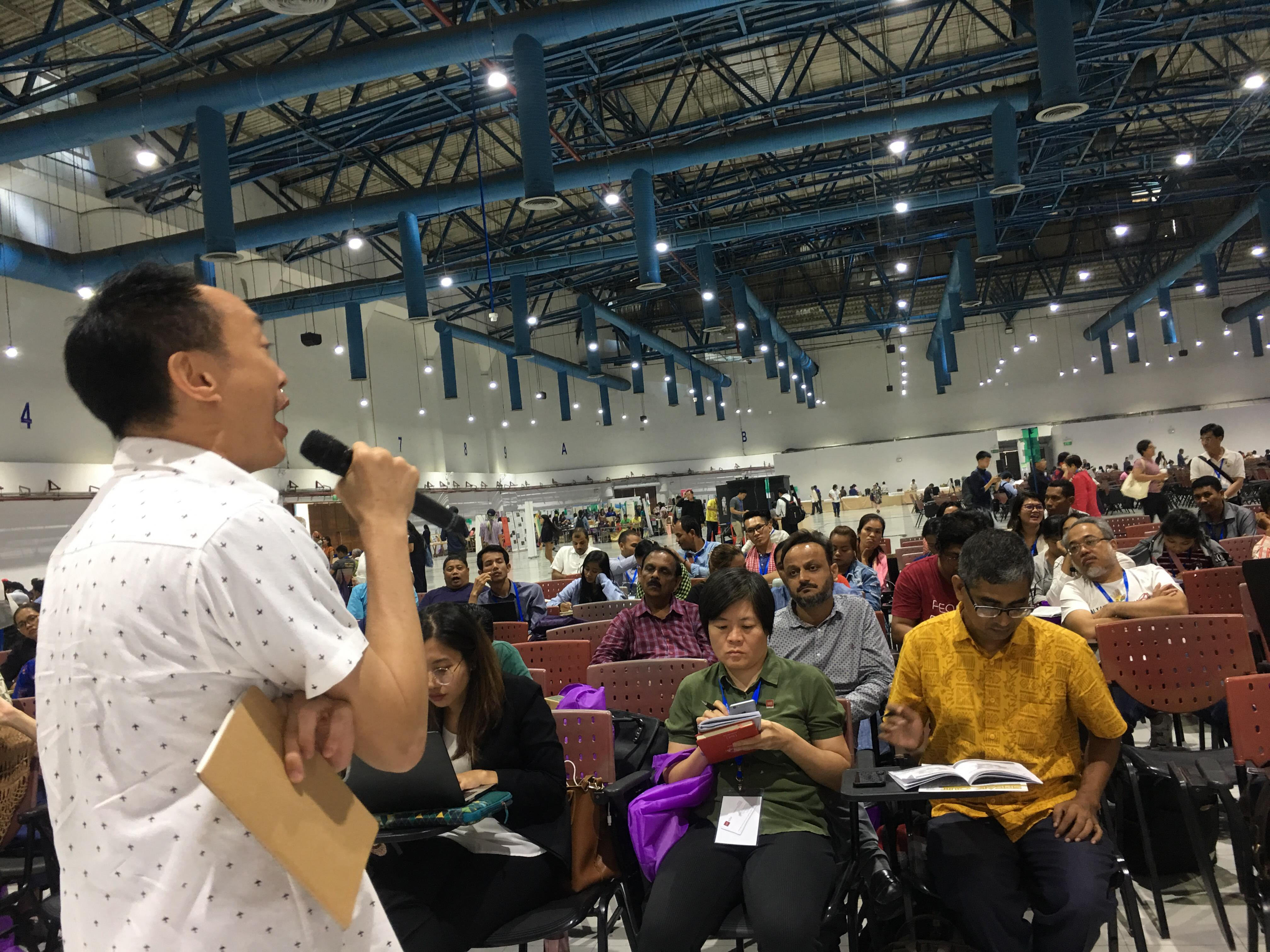 Meeting at the ASEAN Civil Society Conference/ ASEAN Peoples Forum held recently in Thailand under the Convergence Space on Trade, Investment and Corporate Power, peoples’ movements and trade activists spoke out strongly against the Mega FTA saying the deal will be detrimental to peoples’ rights.

Afgan Fadilla of Serikat Petani Indonesia (Indonesian Peasant Union), a member of the global peasant movement La Via Campesina, spoke against the assault on farmers’ rights to seeds. “ In East Java and Aceh, peasants are forcefully arrested by the police for breeding their own seeds.” Fadilla decried UPOV 91, the international convention that seeks to protect breeder’s rights, but would undermine peasants right to seeds. Accession and compliance to UPOV 91 is one of the contentious issues being discussed under the intellectual property rights chapter of RCEP. Fadilla also stated that implementation of UPOV 91 will violate United Nations Declaration on the Rights of Peasants and Other People Working in Rural Areas (UNDROP) which guarantees the right to seed of peasants.

Aside from undermining farmer’s right to seeds, the IPR chapter also threatens people’s access to medicines and right to health.

Chalermsak Kittitrakul of health advocacy group AIDS Access Foundation in Thailand: There is Universal health coverage in Thailand, supposedly guaranteeing treatment for all. That is why the public health budget is very important. We fear that RCEP’s impact pushing upward the cost of medicines, which accounts for 50 percent of the total expenditures under the health subsidy program of the government, will lead to reduction of coverage or worse a halt to the subsidies all together.”

While some contentious issues like data exclusivity and other TRIPs + provisions seem to have been put off the table for now, advocates like Kittitrakul are still concerned that IPR rules and strong enforcement mechanisms are very much still a part of the negotiations. “RCEP is also pushing for establishing high standards for patent examination, which would favor Big Pharma who could easily comply with these standards over smaller generic companies.”

RCEP would also have severe impact on women. Reasey Seng of local Cambodian organization SILAKA: “Women are concerned over the privatization of public services and limited access for women to land and natural resources. RCEP will push a policy environment that favors more privatization of services, contractual and precarious work, and corporate control over land and resources, which would further burden women and reinforce the patriarchal system. “

Ana Maria Nemenzo of Woman Health, a women’s group focusing on health issues in the Philippines lambasted RCEP for “privileging corporate interest, and limiting the capacity of government to support public health.”

“By supporting RCEP and other such trade and investment agreements, governments are taking the side of Big Pharma over peoples’ health and welfare,” Nemenzo added.

Workers are also among those who will feel the brunt of an unjust trade deal. Kosal a Cambodian garment worker fears RCEP will negatively affect the working conditions in Cambodia. “RCEP will push for a labor policy regime that favors low wages, high production target, longer work hours, contractual work and more precarious work.”

Another key concern underpinning people’s opposition to RCEP Is the investor state dispute settlement mechanism or ISDS. Joseph Purugganan of the regional organization Focus on the Global South, and Trade Justice Pilipinas network expressed their strong opposition to ISDS and echoed calls to reject RCEP.

“ISDS is a toxic element of RCEP. We oppose ISDS and the attack against public policies and stronger regulations. ISDS will exacerbate the asymmetry in law and protection that already exists- where corporations are protected by hard law of trade and investment agreements and commercial contracts, while affected peoples only have access to soft law provided by human rights conventions and declarations.”

Purugganan also expressed strong opposition to “the corporate agenda underpinning RCEP and we assert the primacy of human rights over these unjust trade and investment agreements.

Groups vowed to intensify actions against RCEP in the weeks ahead. #