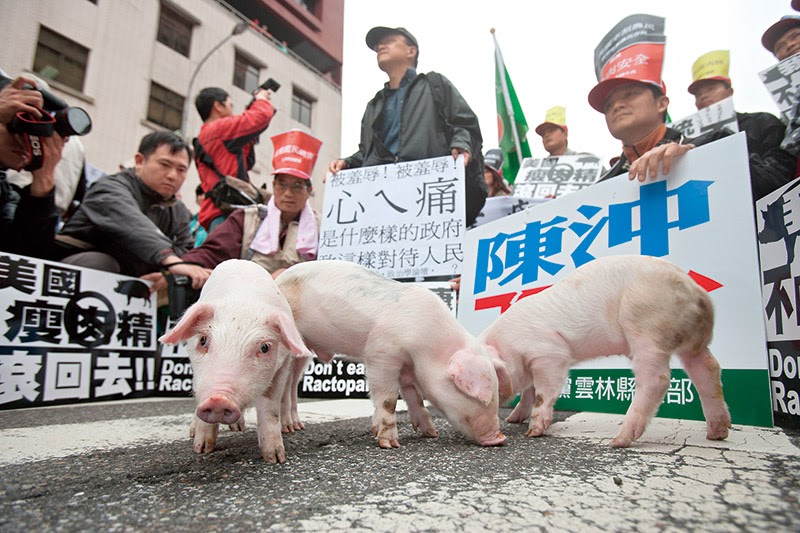 Petition: No to poisonous pork, fight for health and democracy

President Tsai Ing-wen recently announced by Executive Order the establishment of a safety margin for the importation of ractopamine from pork and the relaxation of the importation of U.S. beef over 30 months of age. We are very sorry and disturbed that the lifting of the ban, which poses a significant risk to the health of our citizens, is so rash and the basic values of the democratic process are being completely trampled.

Ractopamine has been banned in more than 160 countries, including China and the European Union, and no ractopamine is used in U.S. pork exports to China. Ractopamine is considered to be potentially dangerous for patients with cardiovascular, kidney, liver and metabolic diseases and should be avoided, as well as for infants and children under the age of 18 months and nursing women.

In addition, Minister of Health and Welfare Chen Shi-Zhong declared that there is no health concern even if people eat ractopamine-containing pork for hundreds years. The Ministry of Health and Welfare also released a health risk assessment report, stated that even if pregnant women eat all imported beef, pork and offal, the cancer risk is still within an acceptable range. However, at the same time, the Ministry of Education publicly stated that all schools will use domestically produced high-quality pork and beef so that children and parents can have no worry with that. The mayors of counties have also promised that the nutritious lunches in schools will definitely use domestically produced pork and beef rather than U.S. ractopamine-containing pork. We are very puzzled. If ractopamine is so safe, as guaranteed by Mr. Chen, then why it is forbidden in school.?

Moreover, the Agriculture Committee has also issued an order that pigs can use ractopamine, but Chairman Chen Jizhong said he would never allow the domestic industry to apply for it. We do not understand that If the U.S. ractopamine-containing pork can be imported then why the domestic pork cannot have ractopamine in it. The DPP government should make it clear that the importation of ractopamine-containing meat should be suspended until an unanimous understanding of Taiwanese people is reached.

We cannot accept the sacrifice of democratic values, people’s health, and farmers’ interests in exchange for the opportunity of trade negotiations between Taiwan and the United States, and we believe that trade negotiations must also reach a consensus under an open and democratic mechanism.

Even though the people’s voice is small and may not have any influence on the government, those in power should have the heart to love the people. Here we call on President Tsai to rein in before it is too late, not to betray democratic values and the health of the people, and to give up partisan interests in order to seek the greatest welfare of Taiwanese people.

We are not silent, and we will speak out to the ruler together. Three major demands: