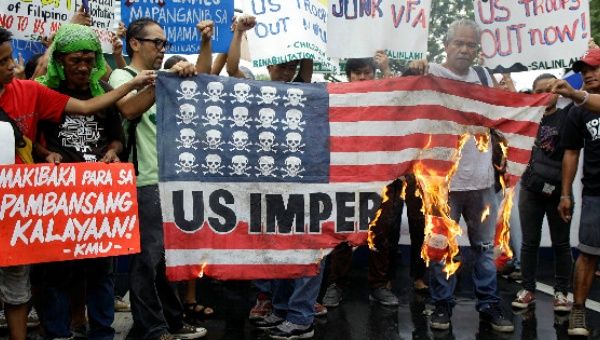 PH stays open to free trade deals with US, EU By Kris Crismundo

The Philippines remains open to move forward discussions on possible separate free trade agreements (FTAs) with the United States and the European Union after talks have recently slowed down, the country’s top trade official said.

Department of Trade and Industry (DTI) Secretary Ramon Lopez said the Philippines is still interested to pursue possible FTAs with the two giant economies, but the discussions will also depend on how keen the counterparts are in advancing the talks.

For Washington, Lopez agreed that it is not the best time to make a big push for possible trade pact talks with the current attitude of the US Congress towards Philippine officials.

The US Congress just passed a law with a provision that bans Philippine officials involved in the detention of Senator Leila de Lima.

But Lopez said the issue on denying the entry of some Philippine officials and the possible FTA talks are separate matters.

“We assume it’s a separate issue. But you can already have a sense of the mood in the Congress, in other words, anything to do with us there might be an issue. Maybe, they are not excited or may not be that supportive,” he said.

Lopez further said the United States Trade Representative (USTR) has been keen on pursuing discussions with the Philippines regarding the possible FTA.

In October 2018, Lopez and US Trade Representative Robert Lighthizer announced that bilateral trade issues were resolved between the two countries under the Trade and Investment Framework Agreement (TIFA).

The TIFA also paved the way to pursue meetings for a possible trade pact.

“We are leaving it up to their politics so USTR will have to deal with that. So if the USTR will be confident with the Congress, for sure, they will push for it also,” he added.

Lopez said even without the trade deal, Philippine exports to US grew 10 percent last year.

Likewise, even FTA talks with the EU have been put aside for now, he said the Philippines remains open for scheduling the next round of negotiations.

“As you know, we have also been open to that,” he added. “They have not set schedule (for the next round of negotiations), but with their new trade commissioner, we’ll see their priorities now.”

The Philippines enjoys a preferential tariff system with both the US and the EU.