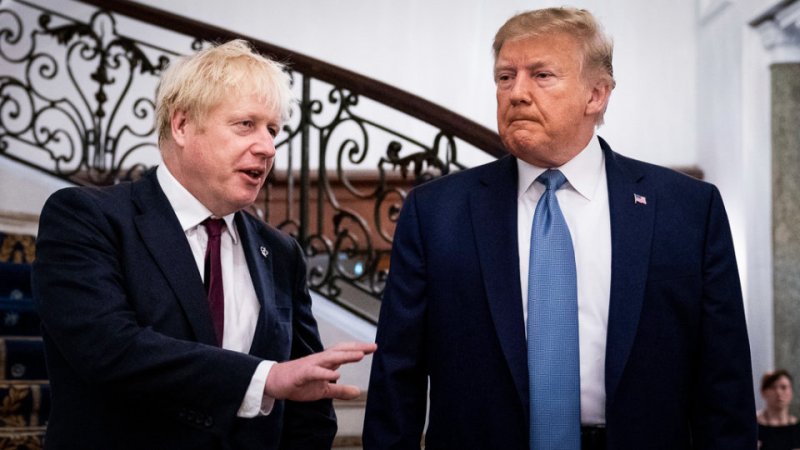 Post-Brexit trade deal talks with US to begin this week

(Alliance News) - Britain will begin the first round of post-Brexit trade deal talks with the US this week as the government seeks to strike an "ambitious" relationship which "opens up new opportunities" to UK businesses.

International Trade Secretary Liz Truss and US Trade Representative Robert Lighthizer will launch the negotiations via video conference call because of the Covid-19 crisis.

Around 100 negotiators on each side will take part in the talks, the first round of which are set to last for a fortnight.

Further rounds will take place roughly every six weeks, and will continue to be carried out remotely until it is safe to travel.

Truss said: "The US is our largest trading partner and increasing transatlantic trade can help our economies bounce back from the economic challenge posed by coronavirus.

"We want to strike an ambitious deal that opens up new opportunities for our businesses, brings in more investment and creates better jobs for people across the whole of the country.

"As we sit down at the negotiating table early next week, be assured that we will drive a hard bargain to secure a deal that benefits individuals and businesses in every region and nation of the UK."

Talks will be led on the UK side by UK-US chief negotiator Oliver Griffiths, while all UK trade negotiations are being overseen by the Department for International Trade’s chief trade negotiation adviser Crawford Falconer.

It comes after the UK blamed Brussels for having made "limited progress" during the second round of negotiations on a future trade deal between the EU and UK.

Negotiators have warned their counterparts across the Channel that Britain will "not subordinate" its laws to the EU "in any areas" and called for more flexibility from the bloc in order to strike a deal.

The EU’s negotiation mandate stated that the UK must sign up to some Brussels-set regulations to prevent the bloc being undercut on standards once the transition period ends in December.

Michel Barnier, the EU’s chief negotiator, last month accused the UK of refusing to commit "seriously" on numerous fundamental points during the talks, which took place via video-conferencing technology because of the coronavirus pandemic.

Shadow international trade secretary Emily Thornberry said: "With the US election now just six months away, we should all be extremely wary of a president who will do anything to stay in the White House, and a Conservative Government that will do anything to help him.

"That is a recipe for a trade deal designed for the benefit of the major corporations behind American industry, farming and healthcare, which will have very real implications on workers’ rights, environmental protections, the food we eat and our beloved NHS.

"If Boris Johnson will not stand up to Donald Trump, then the British Parliament must. This is too important to get wrong.

"Labour will insist that any proposed trade deal is subject to proper scrutiny, and we will not let the interests of the British people be sacrificed to boost the profits of US corporations."