The Indonesian civil society movement coalition called Gerak Lawan pressured the Indonesian government under President Susilo Bambang Yudhoyono to save the country’s economy by not binding under APEC. A protest was held Monday, 7 October 2013 in front of Ministry of Finance as a symbol of the struggle against the liberalization agenda in Indonesia.

The APEC meeting in Bali on 7-8 October also has on its agenda the Trans Pacific Partnership (TPP) agreement. 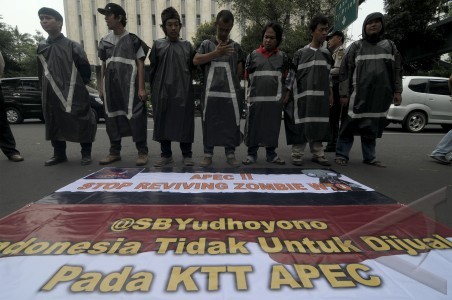