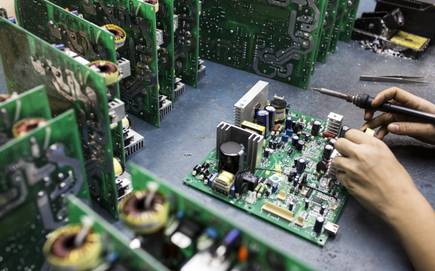 China’s re-routing of exports through Vietnam masks India’s import dependence. The talks must grapple with lax rules of origin. Given that ASEAN, South Korea and Japan are already India’s FTA partners, the ongoing Regional Comprehensive Economic Cooperation (RCEP) negotiations will primarily add China as well as Australia and New Zealand as new free trade partners for India. Australia and New Zealand’s membership in RCEP has raised the fear of severe adverse impacts on India’s agricultural and dairy sectors. On the other side, the prospect of duty-free imports from China has raised concerns about the ability of our indigenous manufacturing firms, including in the information technology and communication (ICT) hardware sector, to withstand further competition from the state-supported firms in China and allied countries.

These concerns are related to the fact that even when India does not have an FTA with China, currently, between 15-17 per cent of India’s overall imports already originate from China as against just 2.8 per cent in 2000 (the year before China joined the WTO). While India’s growing import dependence on China is significant in several industries — like pharmaceutical ingredients — it has been severe in the case of the electronics industry, which includes ICT hardware products. From the time of its official entry into the WTO in 2001, China became eligible for duty-free access for several electronics exports into every WTO member’s market, including India, because of the Information Technology Agreement (ITA-1). This is despite the fact that China did not sign the ITA-1 until 2004. Chinese electronics firms, which matured and attained economies of scale in its large domestic market under strategic trade and FDI policies supporting indigenous manufacturers, have subsequently been able to gain massive market shares in India.

Re-routing of imports If we go by the OECD definition of ICT products, China single-handedly accounted for 63-64 per cent of India’s total ICT imports during 2016-17. Altogether, the 16-member RCEP group accounted for as high as 85-86 per centof India’s total ICT imports during 2016-17. But this share came down to 74 per cent in 2018, which was due to a massive 15 per cent drop in China’s share. While China still accounted for nearly half of India’s ICT imports in 2018, this drop seems explainable by a re-routing of Chinese imports through neighbouring countries driven by the heightened US focus on China’s ICT technology strength from around 2017. It seems that Chinese exports have been making their way in particularly through Vietnam, followed by Singapore, both of which showed an increase in their shares in Indian ICT imports in 2018.

The shift to Vietnam is especially visible in the consumer electronics and telecommunication equipment segments. China used to account for about 50 per cent of Indian consumer electronics imports during 2015-16, followed by Malaysia and Thailand. However, in 2018, while China’s share dropped to 43 per cent, Malaysia’s more than halved to 6 per cent and Thailand’s share declined to 8 per cent, Vietnam’s share nearly tripled from 6 per cent in 2016 to about 18 per cent in 2018. In India’s imports of telecommunication equipment, while China’s share dropped from around 71 per cent during 2016-17 to 53 per cent in 2018, Vietnam’s share jumped four times from about 3 per cent to about 12 per cent between 2017 and 2018.

The re-routing of Chinese exports through Vietnam has clearly been to help circumvent the sharp US focus on Chinese ICT exports. But for India, the sudden drop in China’s share which seems mirrored in Vietnam’s rise in shares amidst a significant rise in ICT import value in 2018 raises many questions than answers. Given that Vietnam is a beneficiary under the India-ASEAN FTA, this brings back the focus on compliance with the rules of origin criteria.

If India is going ahead with RCEP negotiations, we must insist on rules of origin mandating significant domestic value addition in the country of the final exporter as well as strengthen bilateral mechanisms for ensuring compliance. Additionally, we need to negotiate availability of firm-level investment data with the RCEP group to understand the nature of Chinese investments in different countries.

Given that Hong Kong is not part of the RCEP, India also needs an urgent re-look at the non-preferential rules of origin applied on MFN trade, beyond what has been achieved at the WTO.

Safeguarding local industries It is critical for the government to approach these trade negotiations with foresight, realising the need for coherence with its ‘Make in India’ and ‘Digital India’ missions. The electronics industry supplies the devices and equipment required to advance digitalisation. In particular, telecom equipment provides the network connectivity and access layer of the digital infrastructure base. We are moving beyond the simple Internet era into the era of the Internet of Things, with automated controls among connected devices and equipment driven by data intelligence. There is increased merging of the digital and the physical spheres across sectors — including in those critically integral to national security like defence, energy, agriculture, transport, etc.

Apart from the fact that our country can ill afford another wave of import surge in electronics arising from digitalisation, we cannot depend on imported telecom equipment and control devices as the backbone of our critical digital infrastructure. Thus strengthening indigenous capabilities in these high-technology industries is a must for national security.

India must ensure that RCEP’s architecture will not undermine those capital-intensive efforts going on among indigenous manufacturers which will help realise the government’s target of achieving net zero electronics imports by 2022.