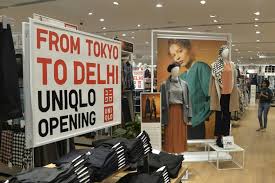 India’s pullout from the Regional Comprehensive Economic Partnership (RCEP), like the earlier U.S. withdrawal from the Trans-Pacific Partnership, has created a dilemma for Japan. But whereas Japan took the lead to establish the TPP without the United States, Tokyo does not desire a RCEP without India because it would create a China-led trading bloc.

The 16-nation RCEP was supposed to establish the world’s largest trading bloc covering half of the global population. But India’s withdrawal from the RCEP has undercut that objective. It now seems likely that China will dominate the RCEP, which is set to be opened for signature next year.

The other 15 participating countries in November concluded text-based negotiations and sent the agreement to the legal scrubbing team for cleanup. A joint statement following the conclusion of the negotiations in Bangkok said, “India has significant outstanding issues, which remain unresolved. All RCEP participating countries will work together to resolve these outstanding issues in a mutually satisfactory way. India’s final decision will depend on satisfactory resolution of these issues.”

Last week in New Delhi, trade minister Hiroshi Kajiyama told his Indian counterpart Piyush Goyal that Japan was ready to take the lead to help resolve the “outstanding issues” so that India can rejoin the RCEP.

The main factor behind India’s pullout from the RCEP was China, which Harvard’s Graham Allison has called “the most protectionist, mercantilist and predatory major economy in the world.” At a time of slowing Indian economic growth, India’s entry into the RCEP could exacerbate the country’s problems by opening the floodgates to the entry of cheap Chinese goods.

China, while exploiting India’s rule of law to engage in large-scale dumping and other unfair practices, keeps whole sectors of its economy off-limits to Indian businesses, including India’s $181 billion information technology industry. Beijing has also dragged its feet on dismantling regulatory barriers to the import of Indian agricultural and pharmaceutical products.

Since Indian Prime Minister Narendra Modi took office in 2014, China’s trade surplus with India has more than doubled to over $60 billion annually. Modi’s 2015 removal of China as a “country of concern,” instead of encouraging major foreign direct investment from that country, has only spurred greater dumping.

In the list of countries with which China has the highest trade surpluses, India now ranks second behind America. China’s surplus with the United States, of course, is massive. But as a percentage of total bilateral trade or as a percentage of national gross domestic product, India’s trade deficit with China is greater than America’s. India’s trade deficit with China in 2018 accounted for 2.2 percent of its GDP.

China’s unfair trade practices are systematically undermining Indian manufacturing and competitiveness, with the result that Modi’s vaunted “Make in India” initiative has yet to seriously take off. In fact, China’s annual trade surplus with India is significantly larger than India’s total defense spending, underscoring the extent to which India is underwriting Chinese hostility.

India already has free trade agreements with 12 of the other 15 RCEP participating countries, and is negotiating an FTA with Australia. The main beneficiary of India’s entry into the RCEP would be Beijing, because it would effectively establish a China-India FTA via the back door.

The two “informal” summits Chinese President Xi Jinping has held with Modi since April 2018 have yielded little progress on the trade, border and political issues that divide the world’s two most-populous countries. Indeed, at the second summit, held in the Indian coastal town of Mamallapuram about two months ago, Xi sought to rope India into the RCEP in an effort to shield his country’s burgeoning trade surplus with New Delhi.

When the Mamallapuram summit concluded, Indian Foreign Secretary Vijay Gokhale said, “President Xi has assured us that India’s concerns over the RCEP will be duly discussed. Although both Modi and Xi emphasized on the importance of having a rules-based global trading system, the Indian prime minister clarified to China that a deal should be balanced and equitable. China said it has heard India’s concerns and has agreed that there are still issues that need addressing.”

At the summit, Modi agreed to the holding of talks between the Chinese vice premier and the Indian finance minister over India’s lopsided trade relationship with China. The Indian commitment represented a diplomatic win for Beijing, allowing it to initiate what it is good at — endless negotiations, as its 38-year-long border talks with India illustrate. Ever since the talks to settle the border disputes began in 1981, China has taken India round and round the mulberry bush.

However, barely three weeks after the summit, India pulled out of the RCEP. And the bilateral trade talks that were agreed upon at the summit have yet to begin.

Let’s be clear: Unlike most other participating countries in the RCEP, India is not an export-driven economy. Rather, like the U.S., it is an import-dependent economy whose growth is largely driven by domestic consumption.

The U.S. and India have big trade deficits in goods with the rest of the world. Through bilateral or trilateral trade deals, they can leverage outsiders’ access to their huge markets to help shape trade norms and practices. This is already the approach of U.S. President Donald Trump’s administration.

Against this background, Japan has a challenging task to get India back into the world’s largest free-trade arrangement. Whenever Prime Minister Shinzo Abe undertakes his postponed visit to India, he will seek to impress on Modi that India’s — and Japan’s — interests in the Indo-Pacific region would be better served with New Delhi being part of the RCEP.