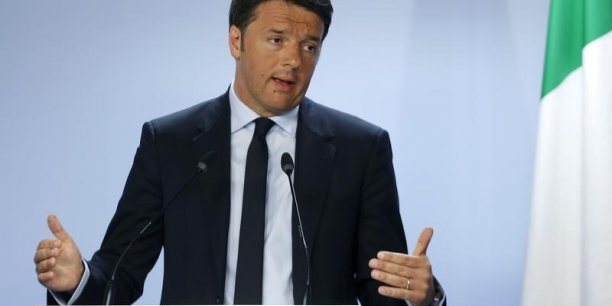 Renzi hopes to push through EU-Japan trade deal this year

The Italian prime minister believes the EU and Japan could finalise a free trade deal by the end of the year. EurActiv Italy reports.

Matteo Renzi, the Prime Minister of Italy, met his Japanese counterpart, Shinzo Abe, in Tokyo on Monday 3 July. He assured the Japanese premier that Italy would do everything within its power to ensure that the EU’s free trade agreement with Japan is finalised before the end of the year.

In a joint statement released after the EU-Japan summit in May this year, European Council President Donald Tusk, Commission President Jean-Claude Juncker and Japanese Prime Minister Shinzo Abe stated that Tokyo and Brussels were "working together to address issues of vital importance to our citizens and the world based on common values and shared principles".

The 23rd EU-Japan summit had also brought "progress on the free trade negotiations" and discussions on strategic cooperation in security matters. According to the three leaders, these agreements have the potential to "deepen our cooperation and enhance our common prosperity".

A free trade agreement, they hope, will "pave the way" to a stronger economic relationship between the two powers in the future. Completing the deal as soon as possible is a high priority for both Tokyo and Brussels.

For Donald Tusk, the objectives are clear, if ambitious: to eliminate customs duty and non-tariff trade barriers, and to open up services, investment opportunities and public tenders.

The Council president also criticised the slow progress of the negotiations to date, and stressed that the agreement must be signed quickly and contain far-reaching measures.

Speed is of the essence

Matteo Renzi this week promised that Italy would do its best to approve the deal as soon as possible. "We are both members of the G7 and G20 and we often share the same opinion on the major issues [that affect us]", the Italian prime minister said. "I think it is important to continue down this path."

Shinzo Abe, the Japanese prime minister, assured the Italian leader that he was equally committed to concluding negotiations by the end of 2015, "for the strategic partnership as well as the free trade agreement". He said this was a "win-win operation" for both Japan and Europe.

Ten years ago, Japan was among the EU’s top five trading partners. Today it is the seventh.

The latest Eurostat figures show that Japanese imports to the European Union grew after the financial crisis, but dropped off after 2011. In 2014, the value of Japanese imports fell by 4% to €54.6 billion, their lowest level for a decade.

Germany was the EU’s biggest consumer of Japanese goods in 2014. It imported goods worth €14.5 billion from the Pacific archipelago, accounting for 27% of the EU total. Europe’s biggest economy is also the bloc’s biggest exporter to Japan, with €17.1 billion of exports, or 32% of the EU total in 2014.