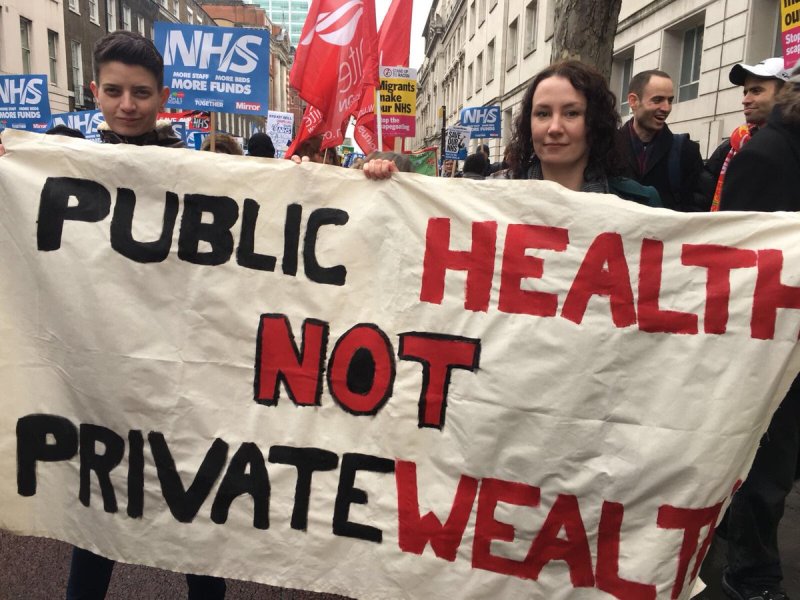 A radical blueprint for a free trade deal between the UK and the US that would see the NHS opened to foreign competition, a bonfire of consumer and environmental regulations and freedom of movement between the two countries for workers, is to be launched by prominent Brexiters.

The blueprint will be seen as significant because of the close links between the organisations behind it and the UK secretary for international trade, Liam Fox, and the US president, Donald Trump.

Its publication follows a week of policy launches by the European Research Group of Conservative MPs designed to pressurise the prime minister into “chucking Chequers”, her softer Brexit proposal, in favour of a harder, clean break from the European Union.

The text of the new trade deal has been prepared by the Initiative for Free Trade (IFT) – a thinktank founded by the longtime Eurosceptic MEP Daniel Hannan, one of the leaders of Vote Leave – and the Cato Institute, a rightwing libertarian thinktank in the US founded and funded by the fossil fuel magnates and major political donors the Koch family.

The “ideal UK-US free trade deal” was due to be launched later on Tuesday in both London and Washington but the Cato Institute appears to have accidentally posted it online early.

The policy initiative was shaped in consultation with a group of other conservative libertarian thinktanks on both sides of the Atlantic, the blueprint explains. These include UK organisations whose funding is opaque, such as the Institute for Economic Affairs (IEA) and the Adam Smith Institute among others in the UK, and others in the US including the Heritage Foundation, the American Enterprise Institute (AEI), and the Competitive Enterprise Institute.

The authors argue for a free trade agreement that would loosen government controls on capital and data flows and be “more liberalising than any other free trade agreement in the world”. They say that it could become a model for future deals post-Brexit. It would remove tariffs and throw out the precautionary principle that has guided much EU regulation on GM foods, chlorine-washed chicken, hormones in meat, pesticides and chemicals in cosmetics.

The same US thinktanks have been behind developing off-the-shelf policies favoured by big business that were adopted by the Trump administration when it took office. Several policies and staff from the Heritage Foundation were taken into the Trump transition team.

In the UK, the researchers behind the blueprint have had exceptional access to ministers in both the Department for International Trade and the Department for Exiting the European Union, with IEA staff and its head of trade policy, Shanker Singham, meeting Liam Fox, David Davis, Steve Baker and other ministers and special advisers on numerous occasions since the referendum result, government transparency data shows. Fox has given speeches at both the Heritage Foundation and the AEI before and after the referendum.

The IFT itself had a controversial birth last summer. It was initially launched as the Institute for Free Trade but was forced to change its name to the Initiative for Free Trade Ltd following a Companies House investigation that enforced the rule that “institute” may only be used by bodies conducting significant independent research and not by lobby groups. It also came under fire when the then foreign secretary, Boris Johnson, allowed it to use the Foreign Office map room for its launch free of its usual charge for outside bodies. As well as Johnson, prominent hardline cabinet Brexiters Fox and Michael Gove were guests at the launch.

The Foreign Office said that the decision was in line with its usual policy for events supporting the government’s interests but has since changed the policy.

The IEA meanwhile is facing two official investigations after undercover filming by Greenpeace appeared to show that the thinktank was offering potential US donors access to UK government ministers. The Charity Commission announced in July that it had opened an investigation into the IEA over concerns over its independence, and whether it should be registered as a lobbyist rather than a charity. It has previously labelled so-called cash-for-access allegations “spurious” and denied that it breaches charity law, saying : “We do not act in donors’ interests.”

The IFT/Cato Institute free trade deal recognises that its proposals are likely to be unpopular. “Health services would benefit from foreign competition, although we recognise any change to existing regulations would be extremely controversial,” it says.

It recommends testing the waters with foreign competition in education and legal services first.

The proposals are likely to meet fierce opposition from trade experts on the left. Nick Dearden, director of Global Justice Now, said : “The measures supported in this paper represent a free trade utopia, entirely divorced from economic reality. The authors view good government as ‘getting out of the way’ of business, and letting profit drive every aspect of our society. If carried out, these policies would destroy huge swathes of our economy, including farming, and they would lay waste to public services.”

A DIT spokesperson said : “We are committed to forging new trading relationships that create jobs, boost our vital industries and benefit people across the whole of the UK. We are currently seeking a wide range of views about four potential free trade agreements, including with the USA, and we encourage all interested organisations and members of the public to make their voices heard through our online consultations.”