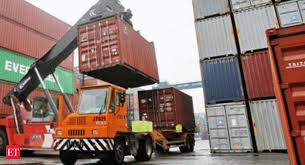 In 2019, the DRI had found a large-scale fraud wherein Areca nut from a third non-FTA country was being imported into India from a FTA partner country, duly covered by Certificates of Origin which were found to be incorrect.

The Government of India will implement a host of measures to curb the misuse of Free Trade Agreement (FTA) routes by unscrupulous importers, while ensuring that legitimate beneficiaries do not suffer.

The Finance Ministry communicated on September 15 that the new customs rules that were introduced during the Budget session in February this year will come into force from September 21, 2020.

Taking cognizance of repeated representations from domestic industry clamouring foul play in the use of FTA route to escape customs duty on imports, the government had vowed to review the existing FTAs and take action to put a brake on their misuse.

Accordingly, Finance Minister Nirmala Sitharaman had introduced a new provision in the Customs Act to ensure strict verification of rules of origin of imports under FTAs. The rules for implementation of this provision were issued last month. And the newly notified Customs Rules for Administration of Rules of Origin under FTA will finally come into effect on September 21.

Undue claims of FTA benefits have posed threat to the domestic industry, thus necessitating the need to introduce more checks and balances. Finance Ministry sources had revealed that though FTAs are expected to be mutually beneficial to all partner countries, it did not progress accordingly in India. While India’s exports to FTA partner countries remained almost flat under FTAs, imports increased rapidly, and the trade deficit widened. In the case of ASEAN countries, the merchandise trade gap has risen from $5 billion in 2010 to over $22 billion now. The figures have become a cause of concern for the country right now as the trade gap has widened with countries such as Malaysia, Thailand, and Indonesia.

Most of these FTAs had been misused to export goods to India without adhering to the Rules of Origin requirement. In 2019, the Directorate of Revenue Intelligence (DRI) had found a large-scale fraud wherein areca nut from a third non-FTA country was being imported into India from an FTA partner country, duly covered by Certificates of Origin which were found to be incorrect. Similar misuse was found in black pepper and cocoa powder also. Such imports from non-FTA countries are unscrupulously labelled as originating from such nations to claim FTA benefits.

However, to put an end to such malpractices, from September 21, the Customs would be closely monitoring the FTA imports of items such as mobile phones, white goods, set-top boxes, incense sticks, cameras and other electronic goods.