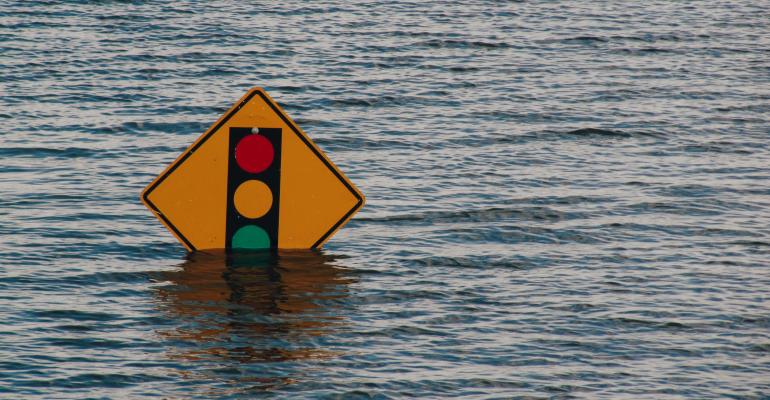 The panel on a sustainable world at the hui in October 2018 on What an Alternative and Progressive Trade Strategy for New Zealand argued for major changes to address pressing environmental issues. Executive Director, Greenpeace NZ, and previous co-leader of the Green Party, Russel Norman, urged us to adopt the identity of global citizens.

I endorse what Simon Terry and Geoff Bertram said. We need explicit in the text of future agreements that MEAs trump trade agreements. If there’s a case against you, and officials are always concerned about such cases, you need to point to an absolute defence to achieve the goals in an MEA. For example, ending oil exploration to achieve the goals of Paris Agreement. If massive oil seismic blasting corporations were to threaten action against your government if it proceeds with the policy, which is currently on the cards at the moment, then you have an absolute defence of achieving the purposes of an MEA. There is a national security absolute defence under many agreements, which Trump relies on in recent occasions. If a case was brought against you under ISDS, there may be issues about whether the action is proportionate, the right way to go about it, but nonetheless creating an absolute defence of an MEA seems essential to achieve goals such as climate change.

The State is always working within the context of legal risk. That’s a reality of state power. The problem with ISDS is it is hard to judge the risks because it is such an arbitrary system. Some really clear direction would help create some real certainty. There are now dozens of cases are underway against governments for taking action on mining, environment, and so on.

There’s a bunch of other environment issues that are not immediately global in nature in the way climate change is. Water can be like that. If we have a freshwater crisis in NZ, in many ways its specific to NZ. It’s not a global crisis although they are not unrelated. If the NZ government does what it needs to do and introduces a haircut on all existing consents to reduce the water extraction and pollution rights of consent holders in the country, there would be a bunch of foreign-owned consent holders who would potentially be able to take action against NZ under ISDS provisions. So there needs to be a defence about MEAs, but also to protect the NZ environment through specific use.

We need these two levels of environmental defence relating to local issues. Currently we have both the freshwater crisis and Treaty rights around freshwater. Dealing with both issues inevitably will involve a haircut on existing consent holders, first to reduce the pollution going into water and the extraction of fresh water from rivers etc, and to create the headroom to deal with the entirely valid Treaty claims around freshwater. If you are Synlait or any foreign owned dairy producers in NZ you could rightly argue that the value of your investment in NZ could be reduced as a result of that and that would be a form of indirect expropriation under a classic ISDS case. So we need defences under both levels.

Finally, I want to talk about the political ground to win these battles. We can’t just win them domestically. It relates to the bigger problem of the turbulence in the global government system, much of which rests on a nationalist call, whether it is Trump or the far right in Europe or many other places. Nationalism is being mobilised as discursive power to win a number of these battles. It seems to me that we should be mobilising globalism, be the champions of global governance. The problem is that the neoliberal version of global governance has dominated the global narrative, so the very people who introduced the neoliberal revolution in NZ and elsewhere are the ones who got control to define what it meant and to form global governance institutions. Even when we beat them at a national level, such as the argument around neoliberalism, which is pretty much won in NZ now, these people are still at these international meetings instituting that framework in those global agreements. So it happened that globalisation got defined in a very neoliberal kind of way.

It doesn’t need to be like that. We have no choice but to embrace a progressive global agenda. When you think about climate change in particular, along with other environmental challenges, there are only global solutions and we cannot solve them without great global governance. We need strong structures to resolve a problem like climate change. Which means we need to have an identity and a call to being global citizens if we are to solve these kinds of problems. We cannot solve them at a national level or trying to mobilise a national sovereignty discourse. Obviously, those kinds of sovereignty discourses are important, but we must also mobilise a global identity or citizenship discourse. It’s a powerful narrative and many people in the world are yearning to see themselves as part of a global progressive community which supports things like a Paris climate agreement, as without that it is an intractable problem. That is one of the really important parts of what the solution looks like. It’s not just protecting the right to regulate in agreements – it’s also about good global agreements that are enforceable across the planet and set minimum environmental standards.

Barry Coates (chair): That’s a great challenge of how to get that global movement to support the kind of MEAs and changes to trade rules. We’ve been much better on trade rules at fighting the things we don’t like rather than fighting for things we do like. Do you, as a campaigner, have ideas as to where the touch points are to take a campaign forward that would pick up from of the discussions today about alternatives and changes to the fundamentals of trade agreements that might build a really strong coalition behind them.

Russel: For organisations like Greenpeace, they are in a strong position to promote the idea of global identity. We don’t see many doing it. There are very few in the progressive movement. That’s not surprising. If extra-terrestrials arrived on the planet tomorrow and threatened its future, we would instantly have a global identity as earthlings. We do have an existential threat to life on this planet, which comes from us, and we need to gather together to confront this. There is no other solution. Responsibility falls especially on multilateral environmental organisations, but also for all progressives as well. That’s especially relevant now because of the rise of nationalism. First and foremost I am an earthling, a citizen of this planet. That identity is not very present today.

Question from the floor. Climate change and inequality – we can’t address one without another. What changes do we need when we also look at social inequality as well?

Russel – Talking about the politics of it, you need to get as broad a consensus as you can for action. So you need to take people with you as much as you can. That doesn’t mean you are going to take everyone with you, you’re not. I don’t think the Zero Carbon Act needs to have the National party vote for it. I’m not a big believer we can only do this through consensus. We have to be ambitious and future conservative governments will follow it. In terms of the politics, you want a just transition and help people as much as you can.

But we also need to speak the truth that climate change is the biggest social justice calamity the earth and human beings have ever faced. We mustn’t let the perfect be the enemy of the good. We need to make some rapid transitions. There will be some communities that are pretty heavily hit as a result of that, especially if they depend on a fossil fuel economy. We need to help them through that transition. But we should also acknowledge that if you worked in the oil industry and were being paid $150,000 a year and will transition to something not quite like that, you are not going to be celebrating that. We shouldn’t pretend this kind of profound economic transition won’t cause a lot of pain for some people. It doesn’t mean we shouldn’t try to deal with the justice issues, we should. But some dislocation shouldn’t prevent us taking action to prevent the biggest social justice calamity we have ever experienced as a species.