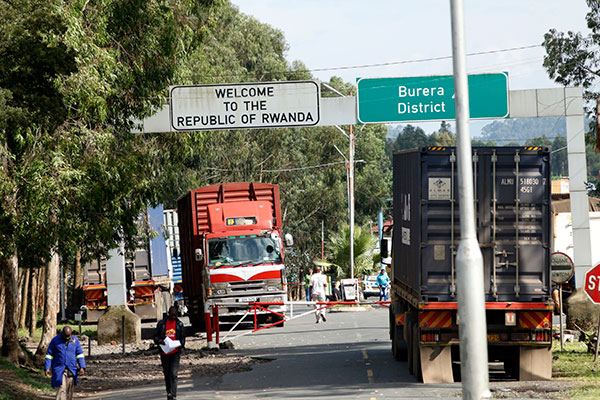 Members of the Lower House yesterday approved the draft law for the ratification of the agreement establishing a Tripartite Free Trade Area (TFTA) among the Common Market for Eastern and Southern Africa (COMESA), the East African Community, and the Southern African Development Community.

The Minister for Trade and Industry, Soraya Hakuziyaremye, told the lawmakers that though the TFTA was officially launched by the heads of state in Egypt in June 2015, the ratification process had taken long due to prolonged negotiations on rules of origin and tariff offers by the regional blocs.

She pointed out that the establishment of the free trade area will bolster intra-regional trade by creating a wider market, increasing investment flow, enhancing competitiveness and developing cross-regional infrastructure.

“This agreement rose from the need to establish an integrated market of 27 countries with a combined population of nearly 600 million people and a GDP of approximately US$1 trillion,” she said.

MP Frank Habineza tasked Hakuziyaremye to explain the value of joining the TFTA is when the nation is already a signatory of almost similar agreements binding wider blocs.

“You have told us the benefits of joining TFTA but we are already part of the African Continental Free Trade Agreement (AfCTA), which in my opinion is not very different. What I see here is a duplication and I wonder if, in the end, we are going to reap or simply make losses,” he said.

MP Christine Muhongayire shared Habineza’s sentiments challenging the minister to convince the plenary of the need to be part of TFTA.

“Are all these agreements that seem to be the same really adding anything?” she wondered.

Minister Hakuziyaremye explained that the two agreements complement each other and signing the TFTA would help the country to benefit faster since negotiations had been finalised as compared to AfCTA which is still work in progress.

Member countries of the TFTA have been wavering on endorsing the agreement.

Following the signing in June 2015, member states were given 12 months to conclude negotiations on outstanding issues.

In June 2016, the timeline was extended by another year to June 2017 by the Council of Ministers.

Yet this did not seem to help because more than three years since the agreement was launched, only Kenya, Uganda, Egypt, South Africa, and now Rwanda, have ratified the agreement.

Although 24 countries have consented to the agreement, the pact requires at least 14 ratifications for it to take effect.

Among the stumbling blocks the agreement faced was the failure of the EAC member countries and the Southern African Customs Union (SACU) to reach an agreement on the tax treatment of sensitive items such as cars and dairy products pushing the negotiations to December 2018.