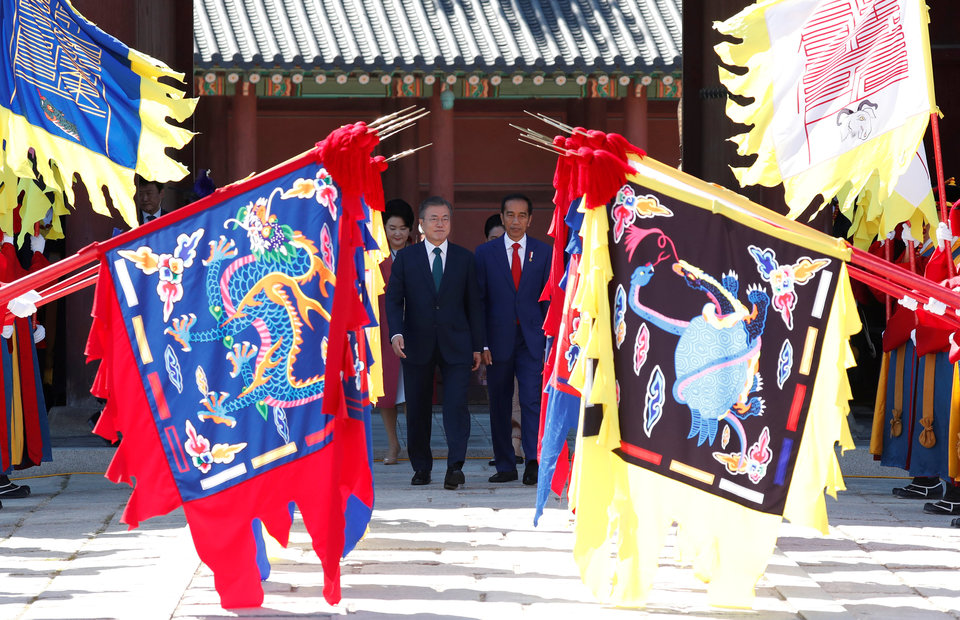 S. Korea, Indonesia to hold 10th round of trade talks By Kang Yoon-seung

South Korea’s trade ministry said Monday it plans to hold another round of negotiations with Indonesia on a comprehensive trade agreement, as Asia’s No. 4 economy continues efforts to expand its export portfolio in the Southeast Asian market.

South Korea and Indonesia plan to hold the 10th round of negotiations for their Comprehensive Economic Partnership Agreement (CEPA) in Bali this week, according to the Ministry of Trade, Industry and Energy.

Their negotiations resumed this year after a hiatus of five years. The previous meeting was held in August.

A CEPA is equivalent to a free trade agreement but also focuses on a broader scope of economic cooperation beyond trade.

During this week’s meeting, South Korea and Indonesia will aim to establish the details of the agreement’s terms, including products and services not covered under current deals, according to the ministry.

As the two countries have already reached agreement on major parts of the deal, the upcoming gathering will pave the way for its conclusion, it added.

South Korea has been making efforts to reach a separate deal with Indonesia since 2012, although Seoul also has a free trade agreement with the Association of Southeast Asian Nations (ASEAN).

Seoul is currently working to clinch FTAs with Indonesia, Malaysia and the Philippines by the end of the year in time for the South Korea-ASEAN summit slated for November.

If all the negotiations under way are successful, South Korea will have free trade deals with all five of its top ASEAN trading partners.

Signing FTAs with Southeast Asian countries is a key goal of the Moon Jae-in government’s New Southern Policy, a signature policy that centers on forging deeper ties with emerging nations.