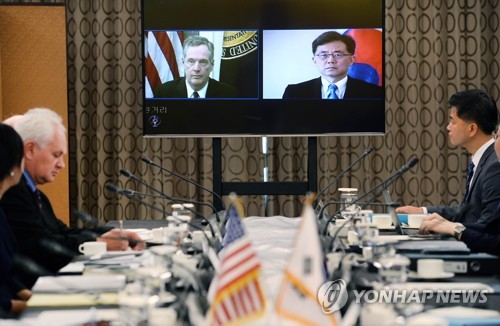 S.Korea trade minister says no agreement at talks with U.S. on FTA

SEOUL, Aug 22 (Reuters) — South Korea’s trade minister said on Tuesday at the conclusion of trade talks with the United States that the two sides failed to reach agreement on how to move forward on discussions over the possibility of amending the five-year-old free trade deal.

"We have found the two sides have different views on the free trade agreement and have not reached any agreement," Minister Kim Hyun-chong told a news conference.