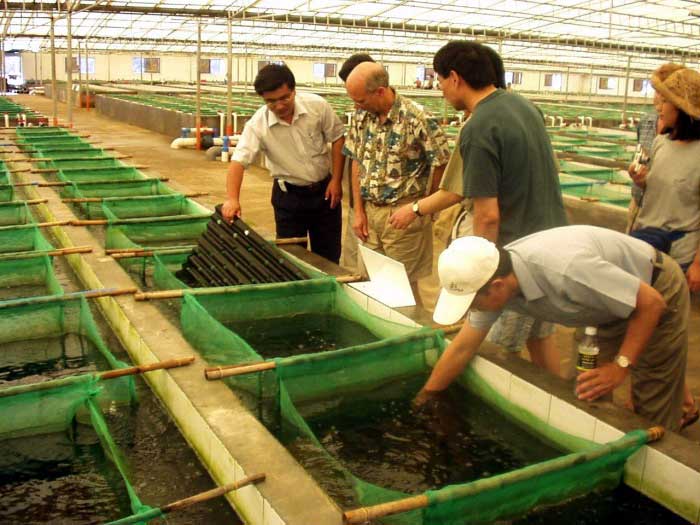 SINGAPORE : Taiwan is wrapping up a historic trade deal with mainland China on Tuesday.

The Economic Cooperation Framework Agreement or ECFA is more than a political milestone for Taiwan. It gives the island an advantage over its other Asian rivals in penetrating the mainland market.

Some Singapore companies are already jumping onto the ECFA bandwagon even before it hits the road.

Breeding abalone in China has made Oceanus Group the world’s leading producer of the shellfish. Currently, 100 per cent of its production comes from China — the world’s biggest market for abalone.

But now, the Singapore company is betting on Taiwan to keep its lead.

Ng Cher Yew, executive chairman, Oceanus Group, said: "Being in Taiwan, we are closer to China. See what happens is if you have any news announcement - if you do it in Taiwan, it gets picked up in China.

"So that closeness is very important, where as if you do it in Singapore, you will not be known. So being in Taiwan allows us to be known in China very quickly."

Oceanus is the first Singapore firm to get listed on the Taiwan Stock Exchange in recent years. And it hopes to tap into Taiwan’s bigger capital market.

More importantly, it is counting on the island’s trade deal with China — better known as the ECFA — to expand in China.

Dr Ng said: "ECFA would mean apart from free trade, it also means investment, financial services that can go into Taiwan from China. If the Chinese invest money in Taiwan, then I have more access to a huge capital base, not just the Taiwanese market.

"That could be interesting. And the fact that the Chinese invest in a company, probably they will be able to help you inside China if they are your investors - with rules, relationships and market."

Singapore and the rest of ASEAN also have a free trade agreement with China. But China is likely to give Taiwan more preferential treatment under the ECFA.

Analysts said it is a way for China to court the island politically and discourage any separatist tendencies. So for companies looking to expand in China, Taiwan can serve as a springboard to the Chinese market.

Besides Oceanus, the Taipei Representative Office said another half a dozen Singapore companies are also seeking a listing on the Taiex. And officials are hoping that the trend will catch on in other Southeast Asian countries.