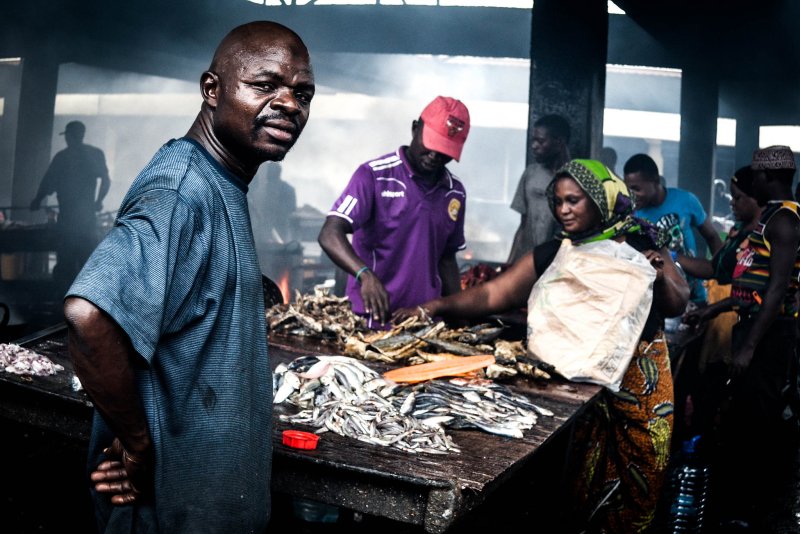 The EPA falls far short of securing the regions’ overall development interests and maybe inimical to achieving our aspirations for structural transformation. (Photo courtesy of StrongerUnions.org)

SEATINI statement on inherent dangers of signing the EAC-EU EPA

There are numerous efforts in all African countries including the EAC to structurally transform their economies in order to promote industrialization, facilitate backward and forward linkages, create employment and subsequently reduce poverty. At national level, Uganda’s vision of achieving middle income status by 2021 is anchored through such aspirations while at the EAC level, there have been efforts to promote structural transformation through several policies and frameworks like the EAC Treaty and EAC Vision 2050. Furthermore there have been moves to deepen integration at sub-regional and continental level through the SADC-COMESA-EAC Tripartite Free Trade Area and the Continental Free Trade Area (CFTA). However, the EPA text being presented for signing will compromise these efforts, despite the fact that the ostensible reasons for negotiating the EPAs was to promote regional integration and sustainable development.

Since the launch of the EPA negotiations in 2002, the Ministry of Trade, Industry and Cooperatives, and Ministry of EAC Affairs have done their best endeavor to secure the regions’ interests, consulted stakeholders, and taken on board some of their concerns. However, it is our considered view that a careful reading of the agreement arrived at and which we are being pressed to sign and ratify falls far short of securing the regions’ overall development interests and maybe inimical to achieving our aspirations for structural transformation. It is critical to appreciate that the EPA is essentially a Free Trade Agreement. What is more revolutionary is that for the first time, the EAC, a relatively poor region, is being required, albeit in a phased manner, to enter into a full reciprocal Free Trade Agreement with a much more developed partner with its attendant negative consequences.

As SEATINI and as part of the wider civil society fraternity, we have consistently highlighted the negative implications of the proposed text. We wish to reiterate hereunder some of our concerns.

According to the agreement, the EAC has offered to liberalize 82.6% of her imports from the EU over a 25 year transition period by initially liberalizing 65.4% on entry into force of the agreement. The rationale is that some of these products are currently zero rated because they are either industrial inputs or capital goods i.e machinery and pharmaceuticals. The EAC has also agreed to liberalize 14.6% in the 7th – 15th and 2.6% in the 13th–25th year of entry into force of the agreement. This sums up to a total of 4006 tariff lines to be liberalized under the agreement. Only 17.4% (1432 tariff lines) have been excluded from liberalization to presumably cater for the protection of the sensitive products and infant industries.

This liberalisation seems to be taking a static approach to development which does not envisage Uganda and the East African region graduating to producing either industrial inputs or the capital goods. While we may need to zero rate pharmaceuticals at this stage because we need cheap and affordable medicines, we should be looking forward to producing these pharmaceuticals in future. The zero rating and the Standstill clause (Article 12) effectively constrains the policy space for the region to achieve this aspiration. It should also be noted that the 25 years provided for the completion of liberalisation process may appear long in the life of an individual but it is actually a short period in the life of a nation.

In addition, the liberalization schedule, on the face of it, caters for the protection of infant industries and sensitive products. However, a careful examination of the schedules brings out clear contradictions. For example, on one hand, the EAC has protected maize (corn) flour (HS Code, 6 digits 110220) at a duty rate of 50% yet on the other hand, maize (corn) starch (HS Code, 6 digits 110812), which is a bi-product of maize flour has been liberalized. These contradictions equally apply to other products like cassava (manioc) and potatoes. With such a liberalization schedule, promoting value addition through agro-processing will be very much constrained and will also compromise food security given the supportive linkages between agriculture and manufacturing.

The combination of the extensive liberalisation, the contradictions within the schedules, the weak multilateral and bilateral safeguards on the one hand; and the subsidies in the EU on the other, will further negatively impact on industrialisation and food security in the EAC region. Notwithstanding Article 68(2) whereby the EU undertakes not to grant export subsidies to all agricultural exports to EAC Partner States, the real challenge to the EAC’s agricultural production and industrialisation is the ever increasing domestic subsidies in the EU. It is worth recalling that the EU has refused both in the EPA and in the WTO to reduce domestic subsidies, and has continued to engage in shifting their prohibited (red) subsidies into allowable (green) subsidies. Therefore, what is offered in Article 68 (2) as a significant concession is actually miniscule. In any case the EU has already committed to eliminate export subsidies in the WTO.

The agreement provides for multilateral safeguards (Article 49) and bilateral safeguards (Article 50). But, they are very cumbersome to invoke as a party has to prove import surges and injury, and establish a causal relationship between the surges and injury to the whole industry. The country must also have in place an investigative mechanism which is difficult to establish. This is why developing countries have not invoked these remedies in the WTO and are also demanding for a special safeguard mechanism for agriculture which is user friendly.

The extensive liberalization with the EU will adversely impact on the efforts by the EAC region to enter into other regional agreements. As most of the tariffs are zero rated, they will hardly leave any room for offering better margins to our partners in the African region. Regional integration will be further compromised by the pursuing of open regionalism which entails deeper liberalisation with third parties.

There are other critical Articles which will have far reaching consequences on regional integration and industrialisation in the region. These include inter alia; Export duties and Taxes (Article 14), the Rendez-vous Clause (Article 3), the More Favourable Treatment (MFN) resulting from a free trade agreement (Article 15).

For example, Article 14 constrains the usage of export taxes by imposing stringent conditionalities i.e. notification to the EU, limited product coverage, limited period of time, and subject to review by the EPA council. As is well known, export taxes are very critical for industrialisation. The logic of export taxes is to encourage producers to enter into value-added processing, hence encouraging diversification and the upgrading of production capacities. Export taxes are permissible under the WTO. Unfortunately, the EU under their global strategy (the raw materials initiative) has consistently insisted on including in their negotiations a clause that prohibits the use of export taxes. Article 14 is framed as if it is a concession by the EU in the agreement. In actual fact, it is the EAC which is conceding and giving up their right to use this very critical tool by making its use subject to the EU’s permission.

Under the rendez-vous (Article 3) the parties undertake to conclude within five years upon entry into force of the agreement, negotiations in areas of services, investment, government procurement, trade and sustainable development, intellectual property rights and competition policy. This is unfortunate!

According to the EU’s global strategy, EU’s consistent position is to negotiate bilateral and multilateral binding rules in these areas. It should be noted that these are the very areas which contain instruments that governments often use to direct development, promote local industries and nurture the private sector. Binding rules in these areas will constrain the policy space for governments to promote industrialisation and sustainable development. It should be noted that investment agreements contain very onerous clauses which make it difficult for governments to successfully regulate investments with a view of promoting sustainable development. Government procurement can be used by governments to nurture local industries and strengthen the local private sector through initiatives like Buy Uganda Build Uganda (BUBU). However, a binding government procurement agreement will make it difficult, if not impossible for governments to carry out such measures.

It is important to appreciate the fact that while the EU market is important, the EAC market is of paramount importance for all partner states as it constitutes the largest market for the EAC Partner States and also offers better prospects for industrialisation and development of regional value chains. While the exports originating from the region to the EU are mostly primary products, those traded within the region include value added products. In 2015, Uganda’s exports to other EAC partner States totaled to $771.6 million [1] compared to exports valued at $443 million to the EU [2]. It should be noted that the EU exports both industrial and value added agricultural products to the EAC. It is also a fact that the preferences and the market that the EU is offering to the EAC are illusive as they are constantly being eroded by the Free Trade Agreements that the EU is entering into with all other regions in the world and also by the proposed tariff reductions in the ongoing negotiations under the WTO Doha Round. Therefore, preserving and consolidating the EAC market should be of priority to all the EAC Partner States. Moreover, the promotion of regional integration was one of the major original objectives of the EPA as articulated in the Cotonou Agreement and reemphasized in the EU-EAC EPA text Article 2 (b).

The Case of Kenya

Kenya’s loss as a result of increase of tariffs on flowers will be real and immediate. However, this needs to be balanced with the long term losses the EPA will inflict on the region in terms of loss of revenue, negative impact on industrialisation and intra-regional trade, and on overall development. It should be recalled that right at the beginning of the negotiations, the EU had promised that as per the Lomé Acquis, no country will be worse off whether or not it signs an EPA. The Cotonou Agreement 2000 Article 37(6) provided that “In 2004, the community will assess the situation of the non LDC which, after consultations with the community decide that they are not in a position to enter into EPAs and will examine alternative possibilities, in order to provide these countries with a new framework for trade which is equivalent to their existing situation and in conformity with WTO rules”.

We therefore call upon:

The EAC governments, before deciding to sign, to do a deeper analysis of the EPA text, the liberalisation schedules, and assess its impact on the EAC’s development objectives.

The EU not to pressure the EAC Partner States into prematurely signing the agreement before the above analysis.

The EU to live up to their promise of ensuring that the EPA will help EAC eradicate poverty and promote regional integration.

Kenya should explore the alternative options available, i.e. the Generalized System of Preferences plus (GSP+) where her top 27 exports to the EU including the much cited flower and horticulture exports will access the EU market duty free and quota free.

The EU should consider the African Union proposal that EAC region should be treated as an LDC region given that 4 out of 5 partner States in the EAC Customs Union are LDCs.

[2] Statistics extracted from an article by Uganda’s Minister of Trade, Industry and Cooperatives, Published in the New Vision of 10th June 2016.