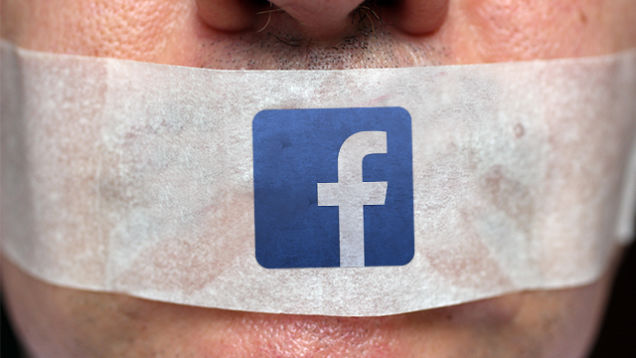 Facebook has long drawn ire over its tendency to censor users’ posts based on its opaque standards. But under leaked proposals from a controversial European trade deal, the social network and other online services could be granted legal immunity when censoring any content, as long as it’s deemed “harmful or objectionable.”

The measure is one of several internet-related proposals being advanced by the Trade in Services Agreement (TiSA), according to a leaked section of the agreement published by Greenpeace and the German digital rights blog Netzpolitik. The draft proposal, which is dated September 16, 2013, effectively guarantees online services’ ability to censor such content in Europe without needing to accept any legal liability or public accountability—whether that curation is done by a human or an algorithm.

That has big implications for platforms like Facebook. Recently, CEO Mark Zuckerberg faced outrage after the social network briefly removed a news post containing the historic “Napalm Girl” photo, a Vietnam War document depicting a naked girl running down a dirt road after her village was mistakenly bombed by the South Vietnamese air force. Digital rights advocates warn the TiSA agreement could codify this as a form of “privatized censorship,” further enabling companies to shut down legal challenges over content that gets removed from their platforms.

“The proposals on privatized censorship are particularly worrying,” said Joe McNamee, Executive Director of the European digital rights group EDRi. “Creating a power to undermine our free speech with no accountability is reckless and contrary to literally all relevant provisions of international law.”

Even further, the TiSA proposal would also immunize companies from ever having to share their source code with a government regulator—even if the software in question supports critical infrastructure, like a nuclear power plant.

The issue of filtering algorithms and their impact on democracy has continued to make headlines in the fallout of the 2016 U.S. presidential election. Facebook has been heavily criticized for failing to crack down on hoax news sites, the dubious viral content producers whose false articles have overwhelmingly favored Republican Donald Trump, provided a decent source of income to Macedonian teenagers, and in some cases are controlled by close allies of Trump himself. And despite the company’s initial hesitations around policing fake news, recent reports have shown that Facebook is creating a censorship tool for the Chinese government, as part of a bid to re-enter the world’s second-largest economy.