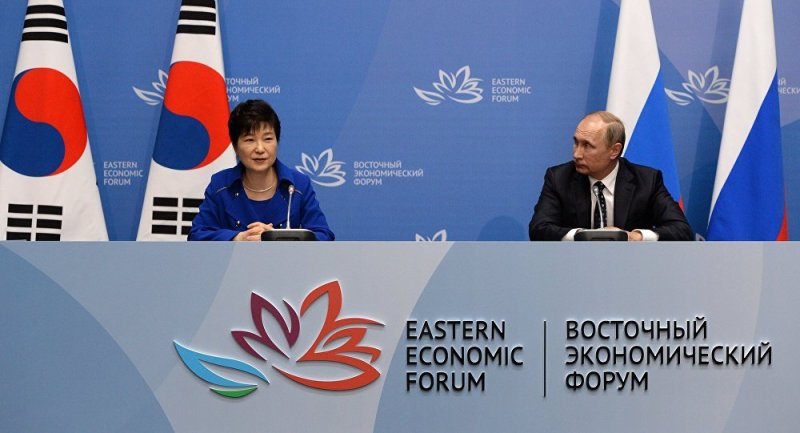 "I propose we work together to reach $30 billion in trade and 1 million in the number of visitors between the countries by 2020 for the countries’ joint prosperity in the year that will mark the 30th anniversary of the establishment of their diplomatic ties," Moon said in a business forum held in Moscow, attended by 280 government officials and business leaders from both countries.

The South Korean president is on a three-day state visit to Russia that started Thursday. He was set to hold a bilateral summit with his Russian counterpart Vladimir Putin later Friday.

"I hope a comprehensive and mutually beneficial FTA also covering goods will be signed in the near future," he added.

Trade between the two countries had been on a steady decline amid global economic downturn and the spread of global trade protectionism.

"Despite uncertainties in the global economy, such as trade protectionism, trade and exchange between the two countries are beginning to recover," Moon said, noting bilateral trade spiked more than 40 percent on-year to nearly $19 billion in 2017.

"But this is only the start. We have limitless possibilities," he said.

The South Korean leader called for joint efforts to prepare the countries for the fourth industrial revolution.

"I am confident that cooperation in areas of innovation will bring great synergy to the two countries," he said.

The president also called for efforts to further expand the countries’ cooperation in conventional business sectors, insisting the positive developments in the Korean Peninsula will soon create great new opportunities for all three countries, including North Korea.

"Once peace is established on the Korean Peninsula, South Korea-Russia economic cooperation too will face a completely new phase," he added.