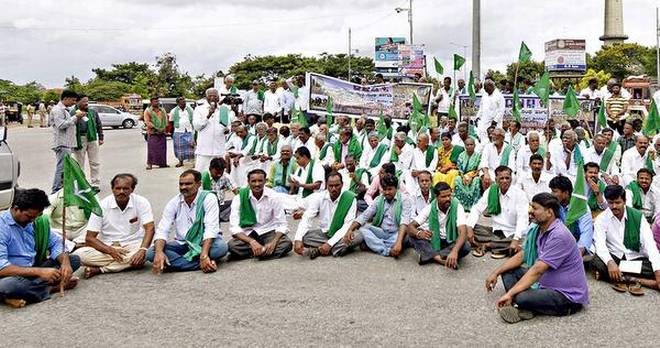 The protestors gathered at the Deputy Commissioner’s office, demanding that the government keeps out milk from the list of goods and commodities being included in the negotiations.

The protestors said that signing a free trade deal with several countries under the RECP (/search?query=RECP) agreement will adversely affect the dairy sector, and subsequently harming milk producers in India. "Dairy sector should be kept out of the ambit of RCEP," they said.

Speaking to ANI, economists Professor BM Kumaraswamy, who participated in the protest, said the agreement will pose a major threat to the country’s co-operative dairy sector and to the livelihood of millions of farmers.

"India is in the final stage of entering into the RCEP an agreement with several countries including China and New Zealand," Kumaraswamy said.

He said New Zealand produces a huge amount of milk annually whose 90 per cent quantity is exported. "India has built up a very beautiful cooperative system over the years. It is not owned by any particular capitalist, but by millions of small milk producers. With the agreement, milk and milk products will be imported in India leading to very tough competition. Prices may collapse of milk and milk products," he said.

Kumaraswamy said the import of cheap milk from New Zealand under the proposed RECP agreement would cause severe harm to the co-operative system of milk production and distribution in the country.

We have to shout that the government should not enter into this agreement, he said.

The RCEP is a mega free trade agreement (/search?query=trade agreement) of 10 ASEAN countries with their six FTA partners — India, China, Japan, South Korea, Australia and New Zealand. The pact aims to cover the trade in goods and services, as well as investment, intellectual property and dispute resolution. (ANI)