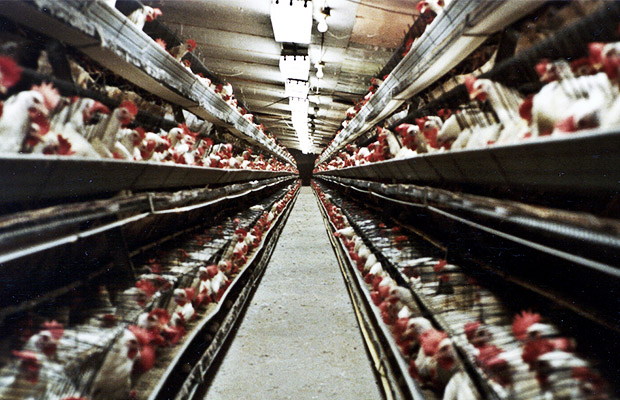 Poultry crisis: what does it mean for markets and consumers? An EU perspective

[No SA poultry producers are fully justified to accuse the EU of dumping, see below why.]

South Africa’s trade relationship with the EU remains by far the most significant for the country. both in terms of volumes of local exports and in terms of job creation in South Africa. This, notably is largely due to the opportunities created under the SADC-EU Economic Partnership Agreement (EPA) which entered into force on 16 October 2016. One recent example to illustrate this: South Africa’s citrus industry in 2016 achieved record exports to the EU, close to R7bn in value (up from R2bn in 2007) and is set to take advantage of further market openings provided under EPA. Tens of thousands of jobs depend on South African exports of citrus alone. This success has been possible despite differences on the threat of a fungal disease, citrus black spot, that affects local citrus production in South Africa. This illustrates how concerted and constructive efforts by South African and EU interests can lead to hugely beneficial results both for markets and consumers.

[The fact that SA citrus producers benefit for increased sales to the EU does not justify the EU dumping!]

The same holds true for poultry: here too, the SADC EU Economic Partnership Agreement, rather than public campaigns, provides the appropriate framework to address challenges and resolve differences to find common ground. We have full confidence in the work done by the inter-ministerial committee established by the Department of Trade and Industry (DTI), and we are committed to the process underway by the International Trade Administration Commission (ITAC), South Africa’s body in charge of investigating matters arising on international trade.

Regarding EU chicken bone-in exports to South Africa I must state clearly that increases experienced in the past have in no way been influenced by EU market interventions. Since 2003, the EU does not provide any export subsidies to poultry farmers exporting to Africa, nor does it encourage the practice. The EU-SADC Economic Partnership Agreement (EPA), just like all of the EU’s Economic Partnership Agreements, bans agricultural export subsidies altogether, and there is also no domestic support for chicken producers in the EU.

[This is not true: the WTO Appellate Body has ruled 4 times – in the US Cotton case in March 2005, the EU Sugar case in April 2005 and twice in the Dairy products of Canada case in December 2001 and December 2002 – that domestic subsidies, including the alleged "decoupled" ones, should be considered as export subsidies in assessing dumping. Thus, on 3 December 2001 in the Dairy products of Canada case: "The distinction between the domestic support and export subsidies disciplines in the Agreement on Agriculture would also be eroded if a WTO Member were entitled to use domestic support, without limit, to provide support for exports of agricultural products. Broadly stated, domestic support provisions of that Agreement, coupled with high levels of tariff protection, allow extensive support to producers, as compared with the limitations imposed through the export subsidies disciplines. Consequently, if domestic support could be used, without limit, to provide support for exports, it would undermine the benefits intended to accrue through a WTO Member’s export subsidy commitments" (paragraph 91), and that "the potential for WTO Members to export their agricultural production is preserved, provided that any export-destined sales by a producer at below the total cost of production are not financed by virtue of governmental action" (paragraph 92).

The Appellate Body confirmed the 20 December 2002, in the same case, that "If governmental action in support of the domestic market could be applied to subsidize export sales, without respecting the commitments Members made to limit the level of export subsidies, the value of these commitments would be undermined. Article 9.1(c) addresses this possibility by bringing, in some circumstances, governmental action in the domestic market within the scope of the "export subsidies" disciplines of Article 3.3 (paragraph 148)".

The Appellate Body confirmed the 3 March 2005, in the US cotton case, that the effect of all US direct payments to its cotton producers – marketing loans, fixed direct payments, contracyclical payments – "is significant price suppression within the meaning of Article 6.3(c) of the SCM Agreement", in other words that these domestic subsidies have had a dumping effect.

Daniel Sumner concluded: "As the first WTO dispute over domestic farm subsidy programs, the rulings in the upland cotton case have clarified the agreement provisions for current and future negotiations. The rulings also suggest that other subsidy policies of the United States and other WTO members may also be out of compliance, and that additional cases may be brought" .

In the EU sugar case, the Appellate Body observed that "C sugar is being exported at below its total average cost of production and that this occurs due to the subsidies provided under the EC sugar regime for C sugar, which subsidies arise from the profits made by sugar producers on sales of A and B sugar" and "upholds the Panel’s findings… that… the production of C sugar receives a "payment on the export financed by virtue of governmental action", within the meaning of Article 9.1(c) of the Agreement on Agriculture, in the form of transfers of financial resources through cross-subsidization resulting from the operation of the EC sugar regime" .

It is clear that, for the importing country, the detrimental impact on its farmers and agro-industries is exactly the same when the subsidy of the exporting country is granted at the export level or upstream at the farm level. It is particularly amazing that the WTO and its Members cannot understand this! Either they are not intelligent or they are liars: it is up to them to choose!

Therefore the EU exports of all its agricultural products – not only to SA and Africa but to all third countries – can be sued for dumping because of the large domestic subsidies which are equally available to the exported products, and, more particularly the large feed subsidies to the producers of meats, eggs and milk. In particular the EU28 subsidies to its exports of poultry products to SADC have been of €41.443 million in 2016 , those to its cereals products of €60.418 million and those to dairy products of €23.695 million .]

Aggregate figures for 2016 show that despite increases in imports from Europe in response to growing local demand, imports of bone-in chicken from the EU in 2016 have not exceeded 200,000 tons, i.e. less than 10% of overall poultry consumption in South Africa. We fail to see how such a relatively moderate market share should be the main cause of the problems facing the South African industry.

Such claims are even more questionable looking at figures for 2017: as the graph below illustrates, EU exports of bone-in chicken portions have dropped by over two thirds linked to the outbreak of avian influenza in a number of EU producer countries. South Africa’s ban on imports from such European producers is expected to stay in place for a number of months, providing space for local restructuring of the sector to take place.

Informatively the graph also indicates that other international producers are quick to start filling the gap left by the significant decline of poultry bone-in chicken exports from Europe to South Africa. This raises questions of the ability of local producers to competitively meet the large local demand.

It is prudent to remember, on World Consumers Rights Day, that industries are meant to serve consumers.

Sheltering the local industry through more protection against imports from the EU would entrench the current state where few local producers control both the poultry and the feeds market. While the drought might have reduced their margins, they have kept recording profits overall. With maize prices back to international parity, we trust that the local industry will take this opportunity restructure and so also to enable new entrants’ access to production. This with the objective of ultimately benefiting job creation and consumer welfare.

The EU has repeatedly engaged with stakeholders and government. We remain committed to economic transformation, both in the implementation of the SADC-EU EPA and in development co-operation. EU industry also stands ready to cooperate with local industry to develop export capacity for which the EPA provides significant duty-free opportunities. Our hope is that all interested parties join us in these concrete and positive actions to the benefit of the local market and consumers.