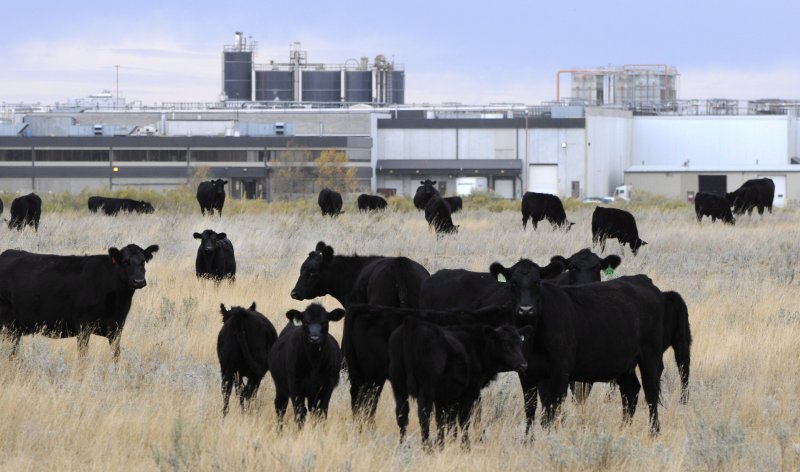 This is not the first time South Korea has banned Canadian beef imports, but it is the first time under the new Canada-Korea Free Trade Agreement which took effect on 1 January 2015.

South Korea says it’s banning imports of Canadian beef after a case of bovine spongiform encephalopathy (BSE), or “mad cow disease,” was found on a northern Alberta farm earlier this week, despite reassurances from Canada’s agriculture minister the case would not impact Canadian beef trade.

The Canadian Food Inspection Agency (CFIA) confirmed the suspension via an update of its online timeline of the Alberta BSE case. The Korean ban, the agency said, will remain in place “pending further information on the confirmed BSE finding.”

An official with Agriculture and Agri-Food Canada later said Canada was notified of the ban Feb. 14 by Korean officials, who noted the restriction had taken effect the day before.

CFIA will need to reassure the BSE case does not “pose a health hazard to the Korean people,” John Masswohl, director of government and international relations for the Canadian Cattlemen’s Association said in a email Sunday.

The suspension, Masswohl said, is the result of a conversations in 2011 between Canada and South Korea, where it was agreed Korean officials could halt shipments in light of BSE until further information was available.

As long as CFIA provides the necessary information “as soon as it is available,” and Korean officials “acts as it has agreed,” Masswohl said he expected the Korean suspension would only “last days”.

Fast was in Korea to promote the new Canada-Korea Free Trade Agreement. The trade deal took effect January 1 after being ratified by parliament last fall. The Asian country represents about 1.25 per cent of Canada’s beef exports and Agriculture Minister Gerry Ritz’s office said in a statement that they are hopeful that Canada’s strong inspection system and controls will encourage Korea to reverse the ban soon.

This is not the first time South Korea has banned Canadian beef in light of BSE. The Koreans, along with several other international trading partners, slammed the border shut in 2003, after a major outbreak of the disease devastated the Canadian cattle industry. At the time, Canadian cattle producers said they were losing $11 million per day in exports, while slumping beef prices meant loses of $7 million per day.

That lost market access was expected to be regained as part of the new Canada-Korea Free Trade Agreement, which would see tariffs reduced over 15 years.

Few details are known about the Alberta BSE case, which was first reported to CFIA by the Alberta government Feb. 7. CFIA has not released the age of the infected beef cow, nor what type of feed the animal was exposed. The farm where the case was found remains under quarantine.

The South Korean ban also comes after government and industry officials spent all day, Friday, downplaying the impact the Alberta BSE case would have on Canadian beef exports.

On Friday morning, Ritz told reporters in Calgary he did not expect trade ramifications in light of the BSE case, but cautioned both South Korea and Japan were known to be sensitive when dealing with BSE.

“You know, traceability is a big part of what we have now that gets us into markets like Japan and Korea where they are very concerned about this type of flow-through,” Ritz said. “So we’ve, you know, we’ve done everything we can to reinforce the ability of our CFIA people to do their job, and for cattlemen to be able to know that what they’ve moved around is safe.”

An official with Agriculture and Agri-Food Canada would later say, in a teleconference Friday afternoon, that no trade disruptions had resulted from news of the BSE case in Alberta.

South Korea is Canada’s sixth largest export market for beef. Between 2010 and 2012, South Korean beef imports were worth an average of approximately $1.3 billion annually.