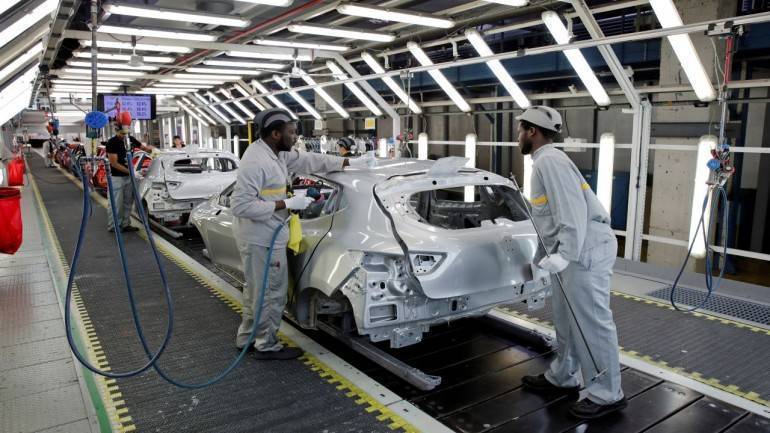 South Korean car exports to US falling despite KORUS FTA

The Korea Institute for Industrial Economics & Trade (KIET) said in its report that the KORUS FTA is rapidly losing its positive effects in terms of South Korea’s car exports to the United States. According to the report, this is because South Korean automakers have increased their production in North America since the free trade agreement became effective in 2012 in order to avoid the high-cost and low-productivity structure in their home country and their sales in the United States have dropped during the period amid competition with Japanese and German automakers that built production lines in Mexico in order to benefit from the NAFTA.

“A zero tariff on automobiles was achieved in 2016, the fifth year of the KORUS FTA, but South Korea’s car exports to the United States showed a year-on-year decline of more than 10% that year, reducing the former’s trade surplus with the latter in the automotive industry,” the KIET explained, adding, “South Korea’s positive effects based on the KORUS FTA are becoming increasingly limited as European and Japanese automakers are enjoying a zero tariff based on the NAFTA.”

The KORUS FTA focuses on opening of the South Korean agricultural and service markets in exchange for tariff elimination by the U.S. in the automobile sector, which accounts for approximately 30% of South Korea’s trade surplus with the US. As a result of the implementation of the FTA, South Korean car exports to the US increased from US$10.6 billion to US$17.6 billion between 2012 and 2015. In accordance with the FTA, the tariff on cars fell from 2.5% to 0% in 2016, but the annual exports fell to US$15.6 billion in 2016 and to US$14.7 billion last year. Likewise, the annual export volume dropped from 1.06 million vehicles to 840,000 or so between 2015 and last year. “This is because South Korean carmakers failed to cater to local consumers and increased their production in the US and Japanese carmakers made good use of the NAFTA,” said KIET senior analyst Kim Bau.

In the US car market, the popularity of SUVs and pickup trucks began to soar in 2015, when the international oil price fell below US$20 per barrel. However, the Hyundai Motor Group has yet to diversify its SUV product lineup, still concentrating on sedans such as the Elantra and Sonata. As a result, its local sales volume fell from about 1.42 million to 1.27 million units between 2016 and last year while its annual exports to the US fell from more than 800,000 to 590,000 units.

At the same time, South Korean automakers increased their local production in order to survive in the US market with rivals enjoying a zero tariff by exporting their cars from Mexico and Canada. According to the report, car exports to the US from the two countries rose from 2.78 million to 3.39 million units from 2011 to 2016 and the ratio of those cars to the United States’ total car imports rose to 51.7% during the same period.

Hyundai Motor Company’s plant located in Alabama increased its annual production capacity from 300,000 to 370,000 units in 2013. Kia Motors increased that of its plant in Georgia to 340,000 units in 2012 and put into operation a new plant with an annual capacity of 400,000 units in Pesqueria, Mexico in 2016. Last year, the two companies produced 570,000 vehicles in the United States, raising their local production ratio by four percentages points year on year to 45%. In addition, their production volume in Mexico jumped five-fold to 100,000 units during the period. Meanwhile, they decreased their production in South Korea from more than 740,000 to 590,000. In short, the Hyundai Motor Group focused on local production rather than export and this led to less positive effects of the KORUS FTA.

The number of their jobs in South Korea is on the decline as well. At present, the hours per vehicle (HPV) is approximately 14 in the US and about 26 in South Korea, which means the productivity of vehicle manufacturing is much higher in the former. In 2012, Hyundai Motor America had about 6,200 employees. The number jumped to 10,000 two years ago. The ratio of foreign workers in Hyundai and Kia rose from 39% to 43.5% and from 30.1% to 33.9% during the same period, respectively.

These days, business environments are changing to make it more and more difficult for South Korean automakers to benefit from the KORUS FTA. The US recently lowered its corporate tax rate while corporate taxes and wages are soaring in South Korea. Besides, the US is urging South Korean carmakers to produce more in the US by mentioning a 25% tariff on imported cars. “For the automotive industry to be able to maintain its position as a key industry of South Korea, issues like labor-management relations will have to be handled from a long-term perspective,” the Hyundai Research Institute advised.