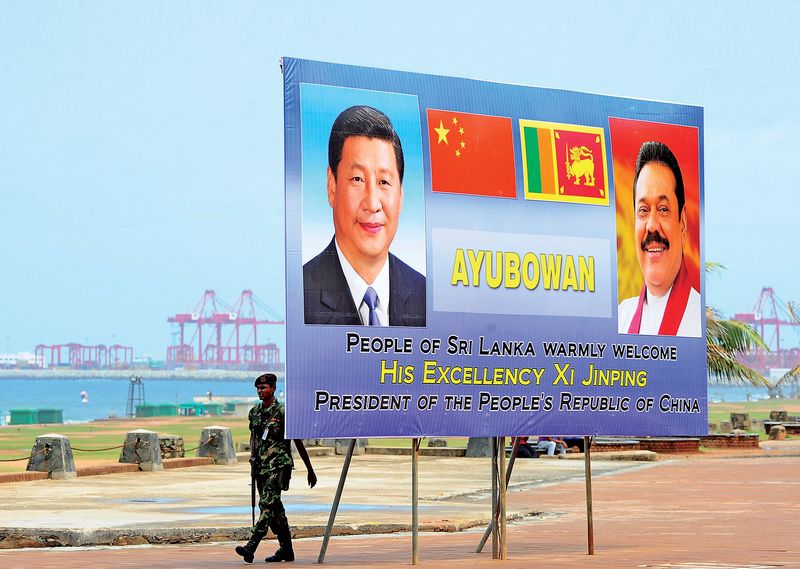 Sri Lanka wants a longer-time period to negotiate a free trade agreement with China as it is concerned about the economic impact of a rushed deal on their small country, the Sri Lankan ambassador said on Sunday.

There has been rising concern in the South Asian nation about Chinese investment, a key part of Beijing’s Belt and Road initiative to create a modern-day Silk Road across Asia.

Hundreds of Sri Lankans clashed with police at the opening last year of a Chinese-invested industrial zone in the south, saying they would not be moved from their land. It was the first time opposition to Chinese investments in Sri Lanka had turned violent.

Speaking on the sidelines of an independence day reception at the Sri Lankan embassy in Beijing, ambassador Karunasena Kodituwakku said a free trade agreement with China could not be rushed.

"Because Sri Lanka being a small economy, we have to get a consensus from stakeholders," he added. "Therefore the delay is due to the time period. But eventually we will sign the agreement."

Sri Lanka last month signed a free trade agreement with Singapore, but Singapore’s economy is not as complex as China’s, Kodituwakku said.

"Chinese imports are very important to Sri Lanka, but opening up the whole thing in a short time may make some problems for local companies. Therefore we have to balance it."

Sri Lanka has also been trying to get investment for a little utilised airport on its southern tip, in Mattala, built at a cost of $253 million by China, which also provided $230 million of funding.

India had been in advanced talks with Sri Lanka to operate the airport, but the ambassador said no deal had been reached.

"The Indian offer had been there, but even that has not been finalised," Kodituwakku added.

“Anyone who wants to come and turn the Mattala airport into a viable economic venture will be welcome. But unfortunately no one has taken over.