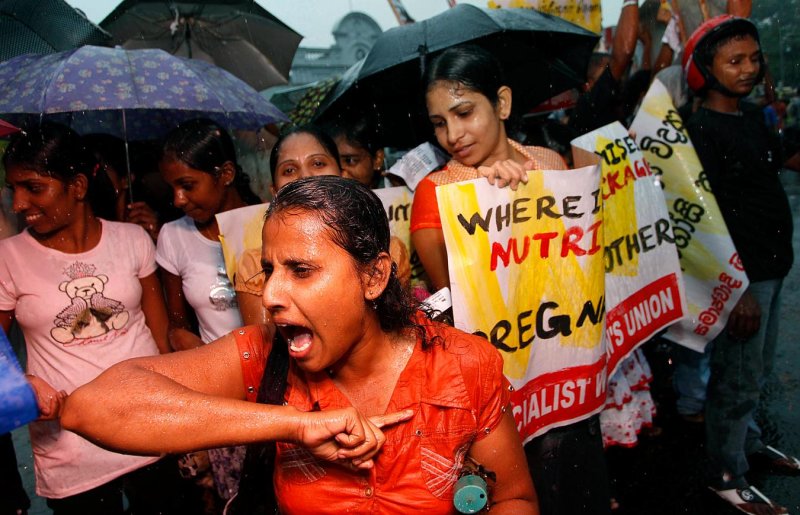 Sri Lanka will never sign the long-pending CEPA with India mooted during the previous Mahinda Rajapaksa regime, Prime Minister Ranil Wickremesinghe on Wednesday told parliament. He said Colombo will instead enter into a new economic and technology pact with its neighbour next year.

Wickremesinghe’s clarification in the Sri Lankan parliament came a day after trade union of state doctors —— Government Medical Officers Association (GMOA) — claimed that the government is trying to sign the Comprehensive Economic Partnership Agreement (CEPA) with India under a new name.

“Our government will never sign the CEPA agreement under any circumstance, and that it won’t be signed under another name,” he said and lashed out at GMOA for “misleading its members and the public” by making baseless statements.

He said the government does not agree with the clauses that were included in CEPA by Rajapaksa government and the “harmful” agreement has been completely removed.

He said the government will instead enter into an economic and technical cooperation agreement (ETCA) with India that is favourable to Sri Lanka.

The ETCA will not have most of CEPA features which were seen as inimical to Sri Lankan interests, he said, adding that the new pact will create employment opportunities for hundreds of thousands of unemployed youth in the country.

The Prime Minister’s statement followed yesterday’s statement by Foreign Trade Minister Malik Samarawickrema that the framework agreement would be signed in January.

There will be negotiations lasting 5 to 6 months, Wickremesinghe clarified.

The government will hold discussion with trade unions and political parties and will seek the approval of the Cabinet before finalising any agreement, he said.

He said a Sri Lankan negotiating team is due to visit New Delhi on December 21 for preliminary discussions.

The CEPA has been in the works for several years but talks have proved futile as Sri Lanka’s services sector have voiced apprehension over the pact’s perceived advantages to India.

A decision to set up a Joint Study Group for making recommendations for CEPA was first announced in April 2003 and its report was submitted in October 2003.

Since then both countries have held several rounds of negotiations. Despite the FTA being in force for 17 years, the trade balance continues to remain in favour of India.

India emerged as Sri Lanka’s largest trading partner in 2012, accounting for 20 per cent of that country’s imports and 5.6 per cent of exports. The bilateral trade in 2013-14 was USD 5.23 billion of which Indian exports accounted for USD 3.98 billion.