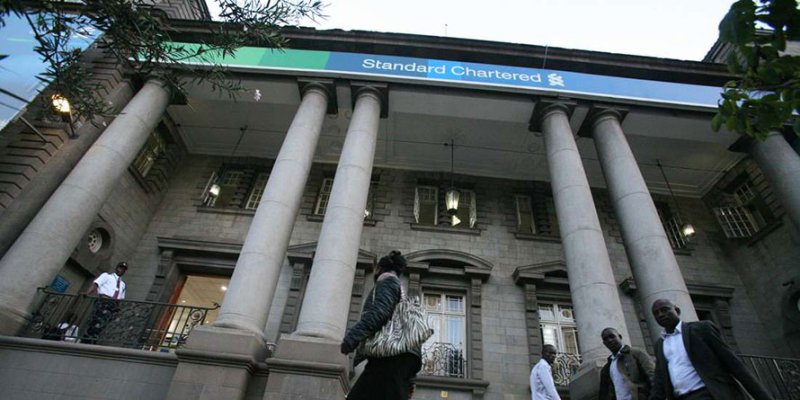 Mindful of the crucial role investment can play in promoting economic growth and development, we Civil Society groups and Trade Unions in the United Republic of Tanzania together with Civil Society Organizations and Global Union Federations of the various Regional Economic Communities of the African continent wish to register out concerns about the growing number of legal suits multinational companies have brought against the Tanzania government in particular and other African States in general.

We take note of the fact that most of these legal suits stem from Bilateral Investment Treaties (BITs) that these States have signed within the last three decades. Currently, African countries have signed a total of 568 BITs and Free Trade Agreements (FTAs) with investment provisions, majorly with countries outside Africa. However, we wish to reaffirm and re-echo our positions against the claims that signing and ratifying investment treaties and contracts like BITs guarantee greater Foreign Direct Investment (FDI) inflows into a country. This is in fact incorrect because huge FDI flows have been registered by countries like Brazil, which do not have a single BIT in force. There is also a body of research work that show the lack of correlation between signing of BITs and the inflow of FDIs.

We are therefore convinced that BITs are not tools used by investors to inform their investment decisions, but that they are increasingly becoming tools they use to sue States. It is for this reason that most BITs include an Investor-State Dispute Settlement (ISDS) provision which companies are using to sue African States for loss of future profits due to, for example new government regulations or a cancellation or amendment of a contract.

We are concerned that through this ISDS provision, there has been an unprecedented boom in the number of claims against African countries, between 2013 and 2019 only. African States have been hit by a total of 109 recorded investment treaty arbitration claims. This represents 11% of all known investor-state disputes worldwide.

We are specifically worried that these law suits, which have claimed millions or even billions of dollars from our governments, up to, US$4.6 billion pose major threats, not only on the ability of our governments to effectively invest in education, transport infrastructure, health care, energy, water, poverty reduction and the general realization of our development priorities ; but also on their ability to enact laws and policies, and to regulate investments in the public interest.

We are aware that the BITs being used by these investors to claim compensation for violations of their rights are investment treaties that were imposed on our governments without a substantial opportunity for them to negotiate on them, further limiting their policy space to avert the negative consequences of these commitments which have now become evident.

We have particularly been alarmed by a recent announcement in which the World Bank’s International Court for the Settlement of Investment Disputes (ICSID) ordered the Government of Tanzania to pay US$185 million to the Hong Kong subsidiary of Standard Chartered for breaching an energy contract.

We wish to note that in our view, the decision by the World Bank Court to base the legal suit and its subsequent ruling of the case on the BIT between Tanzania and the United Kingdom is unconvincing, and outrightly an attack on the sovereignty of the State of Tanzania and its legal and public institutions. Moreover, it is worth noting that this matter arises from an indirect debt claim by Standard Chartered Bank Hong Kong under a loan agreement done with the Independent Power Tanzania Limited (IPTL) ; a company contracted for the construction and operation of an electricity generating facility.

We also wish to note our disappointment that the World Bank Court’s decision only confirms that indeed the International Arbitration System is unfair, non-autonomous and biased in its decisions, and only seeks to promote the interests of foreign investors. This decision further confirms our suspicions that the system could be riddled with conflicts of interest involving the judges, the lawyers and the proponents of a given case.

We therefore call upon the Governments of the African continent, African Union, EAC Secretariat, ECOWAS Secretariat, SADC Secretariat, East African Legislative Assembly to take heed and undertake measures to review and terminate all their investment treaties containing ISDS provisions and avoid signing new ones. We also call upon you to exit and reject the International Investment Arbitration system, including the current proposal to reform the ISDS system through the establishment of a Multilateral Investment Court under the United Nations Commission on International Trade Law (UNCITRAL).

In order to preserve the right of African state to regulate the actions of investors in the public’s interest without being sued by investors, we also call upon our governments and responsible intergovernmental institutions to support the ongoing process to establish the Legally Binding Instrument on Transnational Corporations and Other Business Enterprises with respect to human rights which will contribute towards addressing the existing lacuna in the business and human rights policy environment towards upholding the role of states to protect, protecting the rights of communities, and marginalized groups, among others.

In conclusion, we wish to call upon the World Bank International Court for Settlement of Investment Disputes, European Union, United States, and other developed countries to retract, and stop the numerous ISDS cases against Africa.