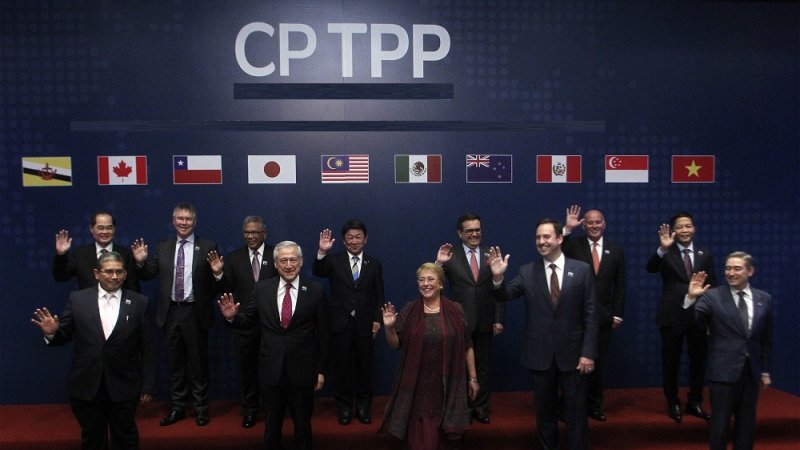 Taipei | Taiwan has shelved its attempts to negotiate a free trade agreement with Australia and is instead concentrating on lobbying Comprehensive and Progressive Trans-Pacific Partnership (CPTPP) members to join the pact in a bid to defy Chinese attempts to marginalise it globally.

Taiwanese trade officials said 12 amendments to harmonise Taiwanese regulations with the CPTPP’s requirements had already been submitted to its local legislature, with eight being passed, to lay the groundwork for formally applying to join the trade bloc.

"Either TPP or CPTPP, Taiwan has always indicated its interest to join such a pact so that we can increase our opportunity to export our products with lower tariff rates. That’s very important to us," one of its senior negotiators, Bruce Chih-yu Chien, told journalists.

Of the two Asian-heavy free trade agreements, the CPTPP and the Regional Comprehensive Economic Partnership, Taiwan has a much higher chance of being able to join the CPTPP because China is not a member.

While the Coalition in Australia has emphasised its success in finalising several free trade agreements since coming to power in 2013, it was revealed last year that the Turnbull government had scrapped negotiations with Taiwan following warnings from China that it would not look favourably upon Australia if it struck a deal.

China’s ruling Communist Party regards Taiwan, which has embraced Western-style democracy and the free market, as a rogue province that should be reunited with the mainland.

As part of Beijing’s campaign to undercut Taiwan, the Solomon Islands and Kiribati were last week persuaded to switch their diplomatic recognition to China.

Despite relations between Canberra and Beijing continuing to sour, there has been no move to reopen bilateral talks between Australia and Taiwan on a free trade agreement.

Isaac Chiu, who has responsibility for trade issues with Australia, said there were 44 various agreements and memorandums of understanding already in place between Australia and Taiwan on economic co-operation.

"Even without an FTA, we are working very well on many aspects," he said.

"We are still hoping it will come true one day but if we join the CPTPP, maybe the [bilateral] FTA can be skipped."

While Taiwan’s unique status and lack of diplomatic recognition from many countries makes it difficult for official talks, Mr Chiu said Taiwan regularly raised its prospective membership in informal talks with countries including Australia.

He said Taiwan was waiting for CPTPP members to reach a consensus about opening up to new countries before it made a formal application to join, pointing out that Taiwan had waited for years for its applications to join the World Trade Organisation and Asia-Pacific Economic Co-operation organisation to be accepted.

"When we are talking to member countries, we let them know we are prepared. We are doing it informally so that one day when the atmosphere is good enough, we can take further steps. That means then we can start talking tariffs and market access," he said.

Trade Minister Simon Birmingham said that while Taiwan was an important economic partner and Australia’s seventh-largest goods destination for exports, there were no immediate plans to begin negotiations on a free trade agreement.

However, he welcomed Taiwan’s eagerness to sign up to the CPTPP. "I’m not surprised there is interest in the CPTPP given it is one of most comprehensive and ambitious trade agreements ever negotiated that is already delivering benefits to Australia’s economy," he said.

"Any new members would be expected to meet the CPTPP’s existing high standards, including on issues such as agricultural market access."

Apart from Taiwan, Indonesia, Thailand, Colombia and the United Kingdom have indicated interest in joining the 11 other CPTPP members.