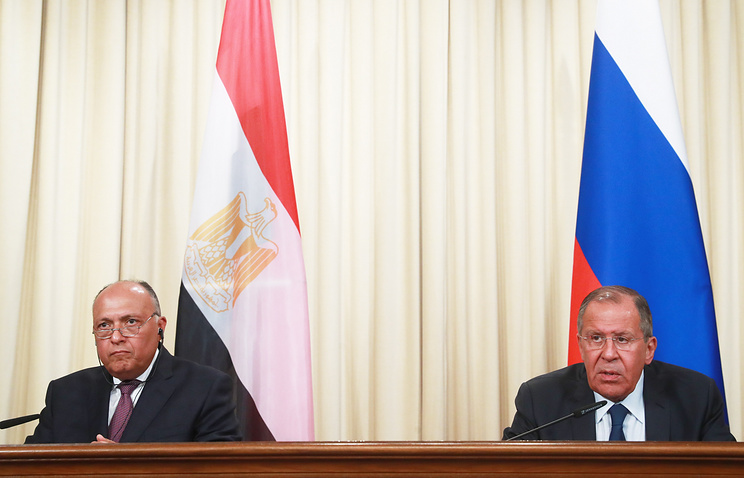 MOSCOW, May 14. /TASS/. Negotiations on the creation of a free trade zone (FTA) between the Eurasian Economic Union (EAEU) and Egypt will begin in autumn of 2018, Russian Foreign Minister Sergey Lavrov said on Monday.

Speaking after the talks between the heads of the Foreign Ministries and the Ministry of Defense of Russia and Egypt in the 2 + 2 format, he said :

"The start of negotiations between the EAEU and Egypt on the preparation of an agreement to establish a free trade zone is scheduled for autumn."

"This is a very important, qualitative step for deepening relations between Russia and Egypt, between other members of the EAEU and Egypt," he added.

The agreement on the establishment of the Russian industrial zone in Egypt will be signed within a week, according to Lavrov.

"We have stated our readiness to sign an intergovernmental agreement on the establishment of a Russian industrial zone in Egypt and expect that this agreement will be finalized in the coming week," Lvarov said.

"We agreed that we will provide positive diplomatic assistance to the work of the intergovernmental commission on trade and economic cooperation, which will hold the next session this month," he added.

In August 2016, during the talks between the Presidents of Russia and Egypt in in Sochi, the two countries reached agreements on creation of an industrial zone for the implementation of the project of the new Suez Canal and on introduction of a simplified regime for the access of Egyptian goods to the Russian market.