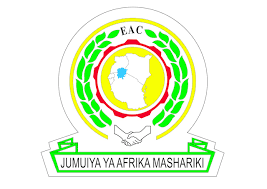 Limited funding for EAC integration and low public awareness about the Treaty Protocols and their implementation framework are bottlenecks for the 150 million-strong population to exploit opportunities it presents.

The East African Community has clocked 10 years since putting into operation the Common Market Protocol, which was intended to guarantee free trade and movement of people in the region.

The EAC Common Market Protocol came into force on July 1, 2010, providing for free movement of goods, persons, capital, labour and services; the right of establishment, and the right of residence.

The “six freedoms’ have over the years eased cross-border trade and accelerated expansion of private businesses, but squabbles among member countries have slowed down realisation of some of the envisaged liberties.

“When you look at the free movement of goods, we have significantly reduced the number of days it takes to move goods from the port of Mombasa to Kampala. But now due to coronavirus, it is taking longer,” said Erastus Mwencha, chairman of Trade Mark East Africa, a non-governmental agency that promotes regional trade.

Free movement of persons, capital, labour and services; the right of establishment and the right of residence have also been a challenge to implement, with some member states making it difficult to honour the agreements.

Besides the Common Market Protocol the EAC is hinged on three other pillars; a Customs Union, Monetary Union and ultimately a regional Political Federation.

The Customs Union, which came into effect in 2005, provided for liberalisation of intra-regional trade in goods, promotion of economic development and industrial diversification in the EAC.

Limited funding for EAC integration activities and low public awareness about the Protocols and their implementation framework still remain key bottlenecks for the 150 million-strong population to exploit the opportunities that it presents.

An EAC Secretariat report released early this year titled Update on the Status of Implementation of The Common Market, captures the improvement in movement of goods within the region.

The reduced turnaround time for transporters has increased from one to three round-trips from Mombasa to Kampala/Kigali in a month; and from two to four round trips per month from Dar es Salaam to Kigali.

The Covid-19 pandemic, which hit East Africa’s shores in March this year, has drastically affected the movement of trucks from the port of Mombasa and Das es Salaam to hinterland countries.

The Long Distance Truck Drivers Association says drivers now take between three to four days before making it across the Kenya-Uganda border of Malaba.

Delays at borders have increased truck turn-around time between Mombasa and Kampala to about 10 days, the time a truck previously took to deliver cargo to Kampala and return to Mombasa.

“Free movement of goods is working but we have had setbacks because of coronavirus, this is something that was not expected but we have now started to develop protocols to also develop capacity,” said Mr Mwencha.

The OSBPs are intended to improve infrastructure to expedite the movement of goods and people on the major transport corridors and reduce cross-border transport costs.

Currently, 12 OSBPs have been completed out of which 10 are operational.

“It has also seen better resource utilisation, an increase in the volume of intra-regional cargo cleared for small-scale traders particularly women and a general increase in compliance levels and revenue generated by governments,” he added.

The region has been implementing the Common External Tariff and the Rules of Origin protocols since 2005. The two are under review.

The partner States have consistently registered an average GDP growth of five percent, which is above the sub-Saharan average of about three percent.

The EAC intra-trade stands at about 20 percent compared to the intra-African trade of about 11 percent.

There has also been a positive Revenue GDP ratio correlation, which negated earlier fears of tax income loss at the commencement of the Customs union.

The emergence of Non-Tariff Barriers (NTBs) has, however, been the biggest impediment to realisation of Common Market Protocol ideals.

“NTBs include rules that government puts in place or suppliers, wholesalers, or how difficult it is to move the product from the producer to the consumer. You cannot win war against a NTB. But what you do is to create an observatory capacity that once you observe that this is an NTB, develop protocols on how to deal with it,” said Mr Mwencha.

Trade Mark East Africa estimates that there are over 7,000 NTBs in the EAC.

The Customs and Trade directorate says the process of resolving NTBs involves updating an EAC Time-Bound Programme on the elimination of NTBs in the region.

The CMP’s Free Movement of Persons regulations entitles citizens to enter into a territory of the host partner state and stay up to six months.

On free movement of workers, the Council of Ministers adopted a harmonised classification framework for entry/work/residence Permit fees, forms and procedures in 2006.