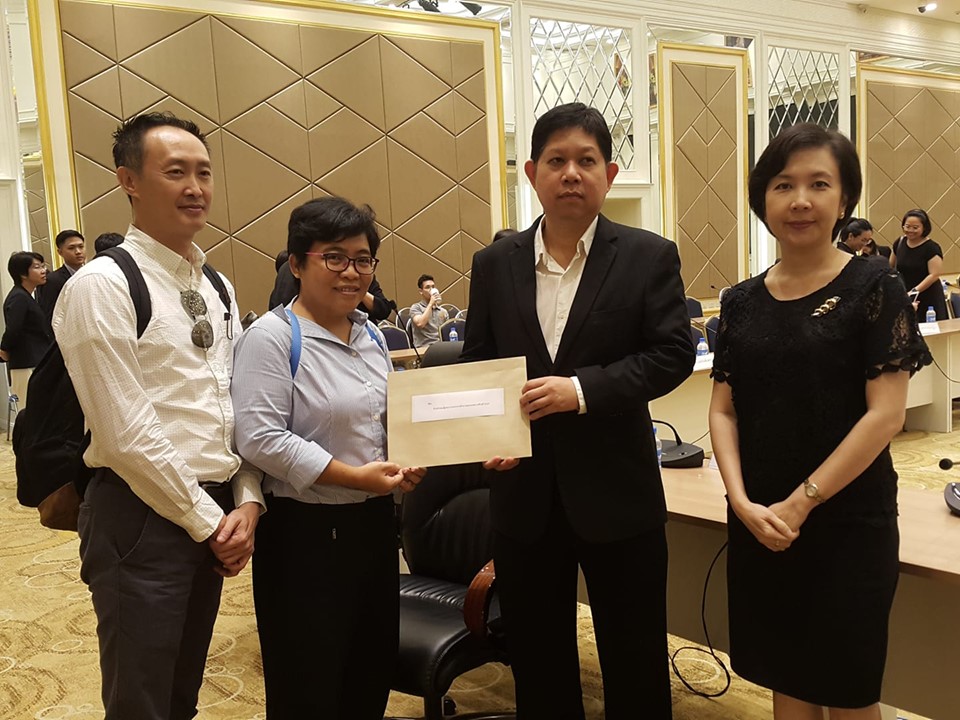 Thai CSOs’ proposition against IP enforcement in the RCEP negotiation

Despite the fact that the provisions related to the intellectual property (IP), which are patent term extension/restoration and data exclusivity, have been suspended during the recent rounds of the RCEP negotiation, Thai civil society remains deeply concerned over the draft text of the IP enforcement chapter due to its extensive coverage and the provisions more stringent than the WTO’s TRIPs Agreement and in contradiction to the Doha Declaration on the TRIPs Agreement and Public Health; consequently, it would gravely undermine the competition of the generic pharmaceuticals and access to live-saving medicines of the peoples.

Similar to other free trade agreements, the RCEP negotiation has proceeded in secrecy without disclosure of the chapters’ text to the public. But, in accordance with the leaked documents out of the negotiations, FTA Watch would like to express our concerns over the IP enforcement chapter and provide recommendation as below:

In 2008 - 2009, there were 17 incidents of confiscation and suspension of generic medicines in transit from India and China to various Latin American and African countries. The consignments were seized during transit by customs officials in the Netherlands and Germany alleging IP infringement and issues related to quality and safety of the drugs; despite the fact that those medicines were not patented in the destination countries and were not marketed in Europe. Additionally, in 2008 - 2012 while Anti-Counterfeiting Trade Agreement or ACTA was being negotiated, attempts were made to extend the definition of ‘counterfeiting medicines’ to cover IP infringement and falsified and sub-standard medicines, and to further extend customs officials’ authority to confiscate goods in transit. Ultimately, the ACTA negotiation failed after the European Parliament voted to reject ACTA on grounds that it contains TRIPs plus measures which could severely affect the public’s access to lifesaving medicines.

Nevertheless, those measures are introduced in the RCEP draft text being negotiated; with provisions and obligations even stricter than TRIPs Agreement or the failed ACTA.

Provisions in the RCEP draft would allow seizure and suspension of medicines in transit when alleged that they infringe patents, trademarks, copyrights, or test data (used for drug registration); whereas TRIPs Agreement only allows such cases for alleged infringement of trademarks and copyrights while excluding patents and test data. Infringement of patents and test data cannot be verified by naked eyes but requires examination by specialists. In cases of trademarks and copyrights, it is imperative to differentiate between intentional or willful infringement (i.e. trademarks counterfeits or pirated copyrights) and unintentional infringement; for example, trade names of generic drugs are similar to or the same as the international non-proprietary names or INN; a well-documented example in this regard is a case in Germany in 2009 when a consignment of generic ‘amoxicillin’, an essential antibiotic, was seized by German customs officials who suspected the drug had infringed the trademark of a brand ‘Amoxil’.

Moreover, border measures in the RCEP draft would allow suspension of suspected IP infringing goods in transit or export which is clearly TRIPs-plus; Article 51 of the TRIPs Agreement only apply to imports.

Border measures in the RCEP negotiations should be limited to the requirements of the TRIPs Agreement (no TRIPs-plus requirements) and as such should exclude patents and test data infringement, unintentional trademarks infringement, as well as goods in transit or export.

The IP enforcement chapter of the draft RCEP being negotiated stipulates that a court must rule on monetary compensation as demanded by the right holder. This can allow disproportionate or unreasonable penalties and would limit decision of the court to rule otherwise. However, for life-saving medicines, a court should be able to issue compromising injunctions by ordering a generic drug company (the alleged infringer) to pay for royalty fees or proportionate monetary compensations for redress.

Monetary compensations should be granted at the discretion of the court and should be limited only to willful trademark counterfeiting on commercial scale; likewise should exclude infringement of patents and protected test data (for drug registration) and unintentional infringement of trademarks.

3) Period of suspension or detention

In specifying a time period allowed for suspension or detention of generic drugs allegedly infringing IP or test data; if the specified time period is disproportionately long, it would favor the drug companies who are the rights holders in obstructing the generics’ competition. Additionally, delaying delivery of life-saving drugs to patients in need could mean delaying treatments or even causing deaths.

Any clause specifying a time period for suspension or detention should be deleted from the RCEP draft text.

The IP enforcement chapter prioritizes strict protection of intellectual property rights however lacks adequate measures for public health safeguards which are essential in allowing member states to make effective use of flexibilities provided under the TRIPs Agreement.

All public health safeguard measures available under the TRIPs Agreement should be included in the RCEP and ensure that there should be no TRIPs-plus provisions in the negotiating text.

Overall, the IP enforcement measures as proposed under the current RCEP draft text would consequently allow right holders to bring litigation against generic drugs companies and demand enormous amount of monetary compensations which could obstruct smooth delivery of generic drugs to destination countries. This would create a chilling effect on the introduction of competition and supply of affordable generic medicines hence strengthen monopoly and prevent patients in need from receiving treatment.

In addition, in the RCEP negotiations with regard to investment protection, India has a clear position that investment protection should be in consistent with each country’s policies for parties to be able to issue or make use of domestic policies to safeguard public interest. On the other hand, China disagrees and has pushed for broad protection of foreign investors as well as allowing the use of international arbitration in Investor-State Dispute Settlement which has proven to be problematic in many bilateral investment treaties.

Accordingly, Thailand should encourage ASEAN members to take a collective position on investment protection to support India’s proposal to reserve the sovereign rights of each country to issue or enforce necessary laws, policies, and measures to protect their people with regard to public health, environment, livelihoods, culture, and society, and also to reject China’s proposal which on the one hand seems to prevent intervention of foreign powers, especially the USA, in their internal affairs but on the other hand support protection of investors in the RCEP in ways that would intervene and obstruct parties to make use of the RCEP countries’ domestic policies to safeguard their peoples.

FTA Watch would like to urge the Thai negotiation team for the RCEP to have a strong position to reject proposals on Intellectual Property Enforcement chapter which introduce more stringent rules than the WTO’s TRIPs Agreement, on grounds of concerns and reasons laid out above; and to encourage ASEAN member states to support India’s position on investment protection that prioritizes parties’ sovereignty to issue or enforce domestic laws and policies to safeguard public interest.