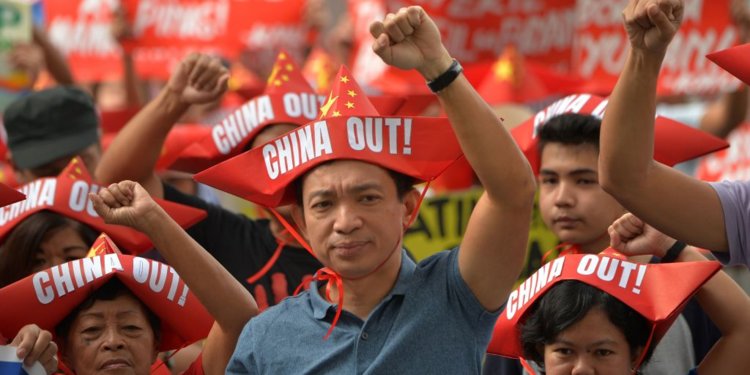 Activists march towards the Chinese consulate for a protest in Manila on February 10, 2018, against Beijing’s claims in the South China Sea. TED ALJIBE/AFP/Getty Images

The Belt and Road Initiative: A new road or a dead-end for peoples’ development?

The Belt and Road Initiative (BRI, or B&R in official government translations) has gained international attention both for its supposed benefits and threats to developing countries’ economies. It was first announced in 2013 by China’s President Xi Jinping. As of March 2019, the Chinese government claims it has signed 171 bilateral agreements with 123 states and 29 international organisations.

Since then, it has entered international development conversations, raising important questions: What place does the China-led initiative have in infrastructure development, the sustainable development agenda, and in South-South cooperation (SSC)? How does the BRI figure in China’s other efforts for expanding its reach? What does the BRI mean from the perspective of the development of peoples in the global South?