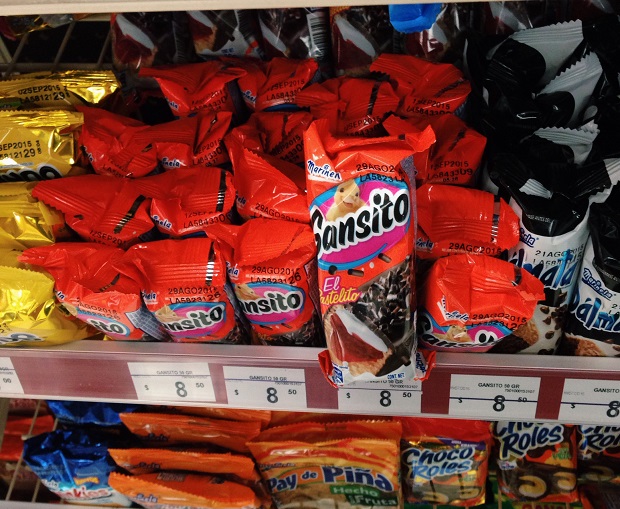 The bully in the lunchroom: The US moves to weaken Mexico’s new junk food labeling law

I suppose you have to give the junk food industry credit for persistence. The industry’s proposed junk food provisions in the New NAFTA, known in the United States as the U.S.-Mexico-Canada Agreement, went down in flames in 2018 when negotiating text was leaked on the front page of the New York Times. The proposal, which was put forward by U.S. trade negotiators, would have made it all but impossible to effectively label sugary drinks and packaged foods with warning labels using symbols, shapes and colors that could indicate a hazard exists from consuming products high in sodium, sugars and fat. At the time, Canada was undertaking rule making to modernize prepackaged food labeling and to adopt “front of package” nutrition labeling using bold graphics and warning symbols to address obesity and other nutrition-related health conditions.

The industry and its allies in the Trump administration haven’t given up their efforts to permanently stop junk food warning labels, however. This time, it’s Mexico’s progressive new government that’s facing industry and U.S. government opposition to its new junk food labeling law. Health regulations proposed on October 11, 2019 will replace industry-supported labels widely viewed by health and consumer advocates as confusing and ineffective. Mexico has also approved new restrictions on the use of cartoon characters on packaging aimed at children, similar to a law already in effect in Chile. Front-of-package warning labels employing easy-to-decipher text and symbols are part of a multi-faceted strategy to tackle the global obesity epidemic. They have been endorsed by the World Health Organization and other public health experts, and solid research and experience backs up their effectiveness. The labels work by educating consumers at the point of purchase so they seek out healthier food, leading manufacturers to reformulate their products to avoid the warning labels, thus increasing the availability of foods lower in fat, salt, sugar and calories.

This law represents a significant step forward in Mexico’s efforts to tackle its obesity crisis. The ready availability of highly-processed foods and sugary drinks, and the increasing consumption of these products – promoted by reduced tariffs and other free trade policies implemented through the original NAFTA – has been closely associated with the rapid rise in obesity. Diseases associated with obesity and poor nutrition include diabetes, high blood pressure, heart disease, type 2 diabetes, stroke, arthritis and some forms of cancer.

As IATP has written previously, even though U.S. negotiators were forced by public opposition to remove language explicitly banning front-of-package graphic labels from New NAFTA, other provisions of concern remain in the trade deal. These provisions – on regulatory cooperation and “technical barriers to trade” – provide a back door for the global junk food industry try to undo important health policies. Unfortunately, just as IATP feared, the U.S. and its industry partners are already referencing provisions in New NAFTA and in the World Trade Organization (WTO)’s Technical Barriers to Trade Agreement to push back against Mexico’s health policies. In comments submitted to the WTO, the U.S. government argues that Mexico’s proposed food labeling regulation “may be more trade restrictive than necessary,” that it “may not be based on robust scientific evidence,” that it “does not appear to consider relevant international standards” and that it “may contribute to consumer confusion.” Industry groups opposing Mexico’s regulation include the American Bakers Association, which complained of “fear mongering” and claimed that that the Mexican government should have explored “voluntary options” and the “least onerous” policy. The National Association of Manufacturers urged Mexico to continue to use the discredited “Facts Up Front” industry-developed labeling system, and the Mexican Business Coordinating Council issued a statement opposing the government’s nutrition labeling policy as unscientific and unlikely to address the country’s health problems.

Mexico’s new labeling law will be an early test of how New NAFTA will be interpreted and whether new provisions in that agreement will add to pressure on public health advocates to buckle in the face of U.S. and industry bullying. Mexico is not the first country to face intense U.S. pressure to change its health standards and weaken food labeling. Ecuador, Chile, Indonesia, Peru and Thailand have all faced criticisms in the WTO’s technical barriers to trade committee over their nutrition labeling policies. Every year, the U.S. Trade Representative issues the National Trade Estimate report criticizing other countries’ policies as harmful to U.S. business interests, and front-of-package labeling has been a perennial target. In its 2019 report, the U.S. complained about food marketing and labeling policies in several countries including Canada, Chile, Ireland, El Salvador, Indonesia, Peru, Sri Lanka and even Saudi Arabia.

Indeed, U.S. trade officials have already raised objections to the possibility that the United Kingdom might improve its food labeling laws once the U.K. initiates its exit from the European Union on January 31, 2020. Leaked U.K. memoranda documenting preliminary trade negotiations show U.S. officials objecting to “warning labels as harmful rather than as a step to public health” and “concerned that labeling food with high sugar content… is not particularly useful in changing consumer behaviour.” U.S. trade negotiators have made clear that New NAFTA will be the template for all future trade deals, including with the U.K., and that the Trump administration and its allies from big food have not given up their quest to weaken food labeling policies around the world. Advocates for good food, sound nutrition and clear consumer protections must stand together to assure that the U.S. bully in the lunchroom doesn’t succeed.