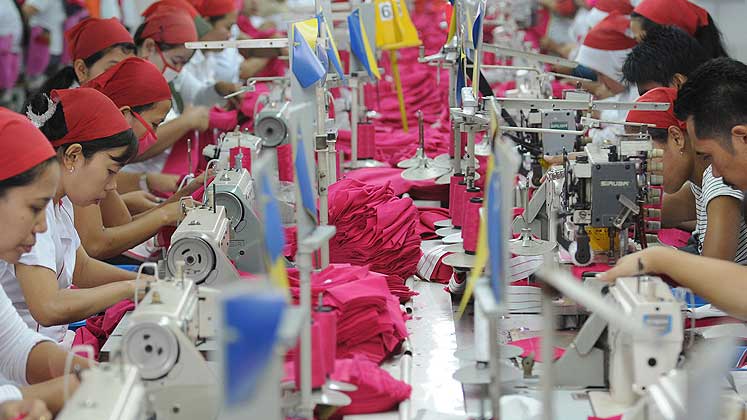 The sustainable impact assessment (SIA) report of the free trade agreement (FTA) between the European Union (EU) and Indonesia was published in April 2019. But it has been nowhere to be found on the European Commission website, at least where one would expect it to be. Yet some of its findings are quite worrying.

After some digging, the draft final report could be found on this page. Here are some of the findings, some of which relate to the link between climate change and EU FTAs.

However some of the biggest concerns will be the grave social consequences:

• The output of Indonesia’s motor vehicles & parts sector, other transport equipment sector and other machinery sectors will shrink by €1.1-1.2 billion (p.57).

• The output of the paper, chemicals, rubber, plastic and metal products sectors will shrink by €888-898 million (p.57).

• Job losses in the agriculture sector will force people living on the more remote islands of Indonesia to migrate to foreign countries (this is not mentioned explicitly but it is clear from p.91).

• Jobs will be created in Indonesia, but this will be in the textile industry, where the working conditions are very poor. The report states that “a wider proportion of workers will risk being subjected to poor working conditions” (p.85).

• The growth in jobs in the textile industry in Indonesia will most likely happen at the expense of even more vulnerable countries such as Laos, Bangladesh and Myanmar (p.65).

• The report also addresses the problem of Special Economic Zones (SEZs) in Indonesia and specifies: “The attractiveness of SEZs for foreign firms is in part related to the tax- and labour-related incentives they offer, which include lower wages that press production costs. SEZs also tend to have worse working conditions and weaker enforcement of labour laws.”(p.100) and “The baseline scenario shows that concerns exist on long working hours, unsafe working environment, poor health insurance coverage, and poor social security coverage.”(p.100). It concludes that “The indirect impact that a prospective FTA could possibly have is that more people would work under lower working conditions as more workers are driven towards the SEZs.” (p.102)

When it comes to the environment, the study also finds:

• The report also finds that there will be serious problems related to water pollution and waste management caused by the FTA in Indonesia: “Expansion of water-intensive industries including textile, leather and clothing apparel could potentially lead to degradation of water quality in Indonesia due to this sector’s high reliance on water, fossil fuel and chemicals leading to decreased water-quality and waste-water issues potentially amounting to environmental hazards. Furthermore, considering waste management, and especially Indonesia’s limited capacity to ensure sustainable waste management for non-biodegradable products, the increased presence in the Indonesian market of such products expected under the prospective FTA raises concerns about negative environmental impacts as these products often require more complex waste-management systems to dispose of than what Indonesia currently operates.” (p.10).

These are only a few of the report’s findings. It also includes several recommendations that could prove harmful to people on both side.