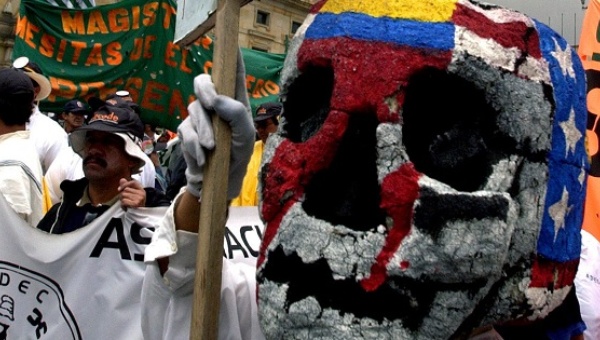 The impacts of FTAs on Colombian workers

Recently, the Colombian Federation of Chambers of Commerce and the Superintendent of Societies reported on the creation and liquidation of companies in Colombia during 2015. According to a report, 257,835 production units were created last year; 63,029 societies and 194,806 natural persons, showing a 15 percent decrease in the total of units created from the previous year.

The abundant imports from countries with which Colombia has Free Trade Agreements, the amount of which increased from a monthly average of USD 760 million in 2006 to USD 1.8 billion in 2015, are a decisive cause of the fragility of businesses (82% small and medium) created in the country.