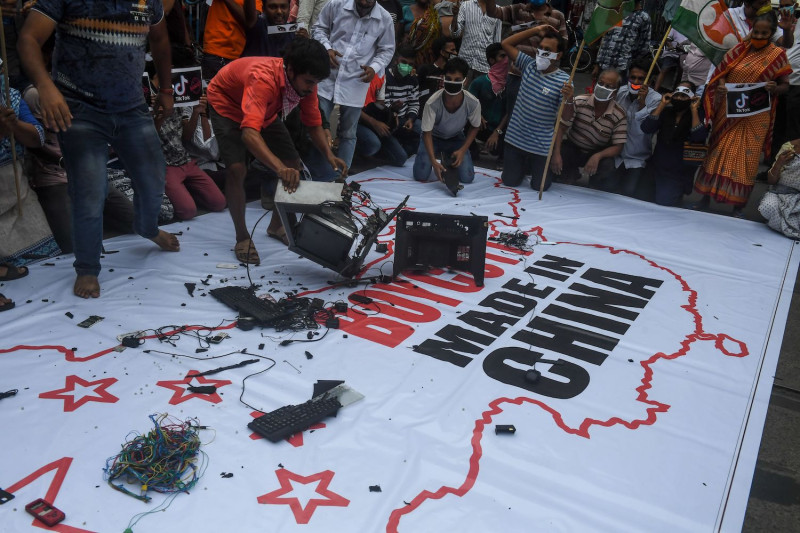 The RCEP talks and India’s anxieties By Nilanjan Ghosh

In the 29th Trade Negotiating Committee Meeting of the RCEP (Regional Comprehensive Economic Partnership) held through video conferences during April 20-24, 2020, there was an urge to get India back into the regional trade pact. The 15 negotiating nations “… reaffirmed their commitment to continue working with India to address its outstanding issues, as instructed by RCEP Leaders at the 3rd RCEP Summit in November 2019”.

The RCEP Participating Countries (RPCs), namely the Association of Southeast Asian Nations (ASEAN), Australia, China, Japan, Korea, and New Zealand, envisage the free trade domain created by the mega-trade agreement will emerge as the driver of trade and investment in the region especially after global and regional growth drivers are stunted due to the pandemic.

Unprepared system Despite the “flexibility” by the RPCs, India’s apprehension in joining RCEP is palpable. India took a decisive step away from the mega-trade deal with PM Modi stating in his speech on November 4, 2019, at the RCEP summit in Bangkok, “…The present form of the RCEP Agreement does not fully reflect the basic spirit and the agreed guiding principles of RCEP. It also does not address satisfactorily India’s outstanding issues and concerns. In such a situation, it is not possible for India to join RCEP Agreement”. It was a wise move, given the state of the Indian industry. India’s signing of a host of free trade agreements (FTAs) and comprehensive economic cooperation agreements (CECAs) with the South-east Asian nations has been followed by its burgeoning trade deficits. Even with other RPCs with whom India doesn’t have trade agreements, namely, Australia, New Zealand, and China, India faces a massive trade deficit. The concern with China is not merely with a trade deficit lurking around USD 55-60 billion! The existing trade agreements and tariff liberalisation policies have led to cheap imports with widened more of cheaper products. The increase in import demand over the last 15 years is indicative that domestic industry has not been able to compete with the imports. This can be evidenced with the invasion of markets by the imported products, especially in the sectors of edible oil processing, automobiles, electronics, telecom and white goods.

Axiomatically, cheaper imports of intermediary goods and services could have helped the cause of the domestic industry, by reducing the prices of final goods. Had the Indian industry been competitive enough, such a mega-trade agreement would have offered a barrierfree regional market for their products and would have been conducive for “Make-in-India”.

Rather, there are reasons to believe that such a regional trade agreements need not always be beneficial from the “Make in India” perspective. It is a sad reflection on the Indian manufacturing that after almost three decades of economic reforms, Indian manufacturing is yet to mature to be competitive enough to face global competition in a level playing field.

Better conditions The state-specific labour laws have fragmented the labour markets, and increased the “cost of transaction”. While nations like China had earlier taken advantage of its low domestic labour cost, India had so far failed to do so despite having relatively low wages. Rather, Indian labour productivity in manufacturing is still one of the lowest in the world. On the other side, GST introduction has not yet helped the cause of rationalising supply-chains, but has complicated it further. Rather, multiple rates of GST often cause problems of compliance across the valuechain of a commodity.

Again, if India has to really gain from investments from RPCs, it needs to create the enabling business conditions proposed through these reforms. Rather, the challenges brought about by RCEP can be converted to opportunities in that way. However, in terms of ease-of-doing-business index, with the exception of Cambodia, Laos, and Philippines, all other nations rank higher than India, and hence can boast of better business conditions for attracting investments.

Geopolitical reasons It was being continuously argued that the RCEP would facilitate India’s Micro, Small and Medium Enterprises (MSMEs) to effectively integrate into the regional value and supply chains. Whether this complementarity really exists is a working hypothesis without any solid empirical analysis or evidence. Rather, things may simply work the other way round. India’s MSME sector may find a larger market, but given its inherent inefficiencies it is highly unlikely to compete with the ASEAN.

However, the biggest concern of India with RCEP at this juncture is not merely the economic reasons, but more geopolitical: the existence of China. This is something that other nations in the RCEP also need to ponder upon, as China’s presence in RCEP fits absolutely well with their market imperialistic designs with which they conceived of their Belt and Road Initiative. Given the apprehensions about China with respect to the origins of the pandemic, misadventures in the Indo-China border, the South China Sea, wolf-warrior diplomacy or their open threatening of Australia for the latter’s call for independent Covid-19 investigation, a greater introspection is needed on parts of various nations on whether they intend to get into a trade pact with a “global bully”! Rather, the trade pact loses a large part of the sheen with India, as one of the largest markets of the world, moving out. Is it, therefore, possible for RCEP to move forward by ejecting China out, and address India’s concerns, especially in the context of services where the nation has a comparative advantage? This may prove to be a “Pareto Improvement”!