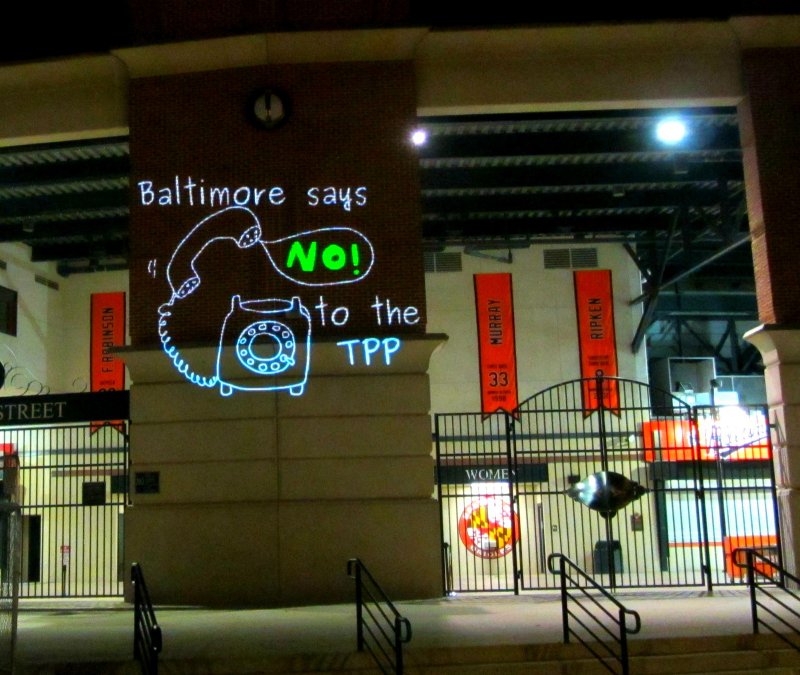 The TPP state of play: How we defeat the largest trade deal in history

The official release of the text of the Trans-Pacific Partnership (TPP) on November 5 not only confirmed our fears about how it would threaten our rights online and over our digital devices, but also kicked off a 90-day countdown to President Obama signing the deal. A few days later, the White House formally requested the International Trade Commission (ITC) to begin its study of the impacts of the TPP on the U.S. economy for a report to come out in the Spring before Congress approves (or ratifies) the deal—which as explained below, is a separate and later step to signature of the deal. Now that the TPP’s approval and ratification in the United States is on the horizon, here’s what you need to know about what’s going on and what’s to come. This state of play will be useful as we work to defend our digital rights against the largest trade deal in history.

The series of procedural requirements imposed by the Fast Track bill that passed this summer gives us a useful timeframe to know what’s coming next. But this clarity still doesn’t make up for the loss of congressional oversight that we would have had if that bill had not passed. What Congress gave up with Fast Track was the ability to challenge any of the thousands of provisions that had been decided behind closed doors. So after February 4, 2016, the President will be able to unilaterally sign the TPP for the U.S. Thankfully, there’s one more hoop the TPP must jump through before it becomes binding on the United States.

Both congressional houses must ratify the agreement in the form of approving "implementing legislation" that the White House will submit to lawmakers. This submission will happen after the President’s signature, likely sometime in April or May. Once that happens, the House has 60 days from the bill’s introduction to hold a vote on it and the Senate gets another 30 days, so 90 days in total, to approve or reject it. Since this second timeline only begins when the White House decides that they’re ready for it, it all rests on whether the executive branch believes that it has the votes to get it through both houses. That’s why it’s critical that we call on our lawmakers to come out against this agreement: because that’s how we can stop it.

President Obama only needs a simple majority to get TPP approved in both houses, so the Administration has been wasting no time convincing members of Congress to support it. They’ve been in lobbying overdrive since they concluded negotiations in the end of October even before the text was released. While some lawmakers have already come out in clear support or opposition to the deal, most say they’ll weigh their decision after reading the actual contents of the more than 6,000 page text—though it’s difficult to believe that many of them will actually do this.

One of the most vocal TPP proponents, Sen. Orrin Hatch, has been critical of the deal and has even demanded that the White House go back to the negotiating table. But he’s not holding back support because he’s worried about the intellectual property provisions. It’s quite the opposite: as a longtime shill for the pharmaceutical industry, he thinks that the deal doesn’t go far enough to secure corporate interests and is demanding that the TPP enforce even lengthier monopolies on medicines (although he doesn’t seem to have a problem with the TPP’s copyright provisions, which the MPAA has already fully supported [pdf]).

Meanwhile Congress members who backed Fast Track continue to receive special treatment from top Obama administration officials. They are getting invitations to join cabinet officials on their first trips to Cuba and the President himself is bending over backwards to please the House Democrats who voted in favor of the trade bill this summer so they stay by his side for the TPP implementation vote. Thankfully, none of the Democrats who voted against Fast Track have stepped forward to support the deal so far. U.S. Trade Representative Michael Froman, for example, personally visited Long Beach, California to win over Rep. Alan Lowenthal, who voted against Fast Track this summer.

Major TPP champion Rep. Paul Ryan gave up his role as the Chairman of the Ways and Means Committee, where the TPP vote would initially be held in the House, to become the Speaker of the House. Unfortunately for us, his replacement is likely to be just as gung-ho about the TPP as Rep. Ryan. Rep. Kevin Brady, a long time supporter of trade agreements with toxic digital policies, now sits as the Committee’s Chairman, with Rep. Dave Reichert as the Chairman of its subcommittee on Trade. Despite dubious claims of ambivalence about his position on TPP, these new Republican House leaders seem to pretty poised to bring the TPP to congressional ratification. Rep. Reichert, for one, claims that his experience in law enforcement and a hostage negotiator has prepared him to lead the trade debate because he knows "when to kick in the door.”

For now, there is no clear reading on how Congress will vote on the TPP’s implementing legislation, but it’s going to be a close vote. Our strategy will be two-fold:

To overwhelm Congress members with emails and messages from their constituents demanding that they vote down the TPP when the implementing legislation comes before them.

To turn the TPP into a household name for toxic digital policy, much like we did with SOPA.

Fighting the TPP is as much about defending our digital rights as it is about rejecting opaque, corporate-driven policymaking. Internet users in all TPP countries can take action to call on their representatives to reject this agreement, but stopping this deal in the U.S., will effectively also defeat it in the 11 other countries. If we want to ensure that laws don’t just uphold powerful private interests, but are designed and implemented with the public’s best interests in mind, then we must stop the TPP—for the sake of the Internet, our rights, and our future.