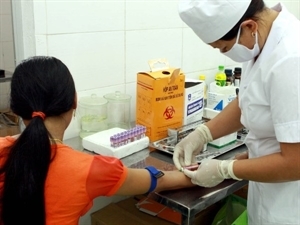 Assessing the Impact of Alternative Patent Systems on the Cost of Health Care: The TPPA and HIV Treatment in Vietnam

Abstract: In the Trans Pacific partnership Agreement (TPPA) negotiations, the United States has proposed expanded patent protections that will likely impact the affordability of medicines in TPPA partners. This includes antiretroviral (ARV) medicines used in the treatment of HIV/AIDS. Vietnam has the lowest GDP per capita of the 12 countries participating in the TPPA negotiations. Using the current Vietnamese patent regime as our base case, we analyse the potential impact of alternative patent regimes on access to ARVs in Vietnam. The two other scenarios investigated are a patent regime making full use of TRIPS flexibilities, and a regime based on the US proposals in the 2014 leaked draft of the TPPA intellectual property chapter. Using World Health Organization (WHO) treatment guidelines, we identified the most commonly used chemical entities and combinations used in the treatment of HIV. We examined patent data sets to discover patents that had been registered for these medicines and used information from examination of these patents to identify which might be granted under alternative patent regimes. We then drew on the empirical literature to estimate prices under the three patent scenarios. The current ARV budget was used as a constraint, with the consequence that the results focus on the impact of alternative patent regimes on access to treatment. Our results indicate 82% of the HIV population eligible for treatment would receive ARVs under a full TRIPS flexibility scenario, while only 30% of Vietnam’s eligible HIV patients would have access to ARVs under the US 2014 TPPA proposals – more than halving the proportion treated compared to the current 68% receiving treatment. Similar price impacts can be expected for other countries participating in the TPPA, though these are less economically vulnerable than Vietnam.