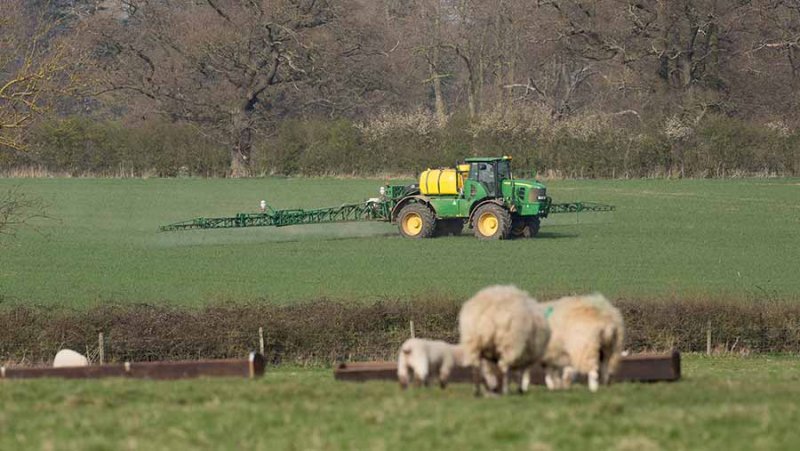 This hard-Brexit cabinet could spell disaster for British farmers

As Boris Johnson takes the spotlight in the umpteenth act of the tragicomic farce that is Brexit, one its most important plot lines remains dangerously offstage. None of the protagonists have articulated a compelling narrative about how we are going to feed ourselves in the future. Unnoticed, however, Johnson’s reshuffle has manoeuvred those with the most destructive, pernicious vision into the strongest positions. Should they make their move, it could soon be checkmate for British agriculture.

Ever since Britain voted to leave the EU three long ago, those involved in farming have been aware that we are facing a fork in the road. One path offers the opportunity to build on our country’s comparatively high standards and compete on quality, sustainability and animal welfare. The other road requires us to sign up to free trade agreements on terms that suit our competitors, opening our borders to the worst horrors of industrial farming, symbolised (perhaps unfairly) by the spectre of chlorine-washed chicken. This would push British farmers either to lower their standards to compete or drive them out of business altogether.

Almost every informed party agreed with the verdict of the House of Commons environment, food and rural affairs committee last year that it is vital to “ensure that trade agreements demand that imported products meet our standards, and avoid a regulatory race to the bottom”. This reflects a broader growing consensus that there is no future in farming that requires huge quantities of synthetic fertilisers, land used to grow grain to feed to livestock locked up in sheds and acres of single-crop monocultures that are devoid of insects and wildlife.

It used to be only fringe environmental groups that made such a case. Now even the National Farmers’ Union buys it. Under the enlightened leadership of Minette Batters, it has committed to making UK farming net zero in terms of greenhouse gas emissions by 2040. It has made friends of old adversaries such as the Soil Association, which certifies organic goods in the UK, and the Sustainable Food Trust. The RSA is on the same page. Its Food, Farming and Countryside Commission recently issued a final report that called, among other things, for a transition plan for sustainable, agroecological farming by 2030.

None of these goals, however, can be reached without regulatory and government support. The greatest source of hope that this might be forthcoming was that the then environment secretary, Michael Gove, also seemed to be on board. In conversations with senior food and sustainability leaders, I have frequently been told that they think his commitment is genuine. The question was always whether he would be able to take the government with him. In a standoff with free-market fundamentalists such as Liam Fox, would Gove prevail?

Today the question is irrelevant. Gove is out, replaced by Theresa Villiers, whose track record is weak on the environment and strong on free trade. The starting gun for their race to the bottom has been loaded. Should it be fired, the consequences could be dire.

Animal welfare standards, which still need improving, would instead be relaxed, either because we do so ourselves or we import more low-welfare meat and dairy, exporting our maltreatment. Environmentally, the carbon footprint of what is on our plates would also go up, as less of our food would come from sustainable production systems such as grazing where open fields act as carbon sinks to mitigate methane and carbon outputs. Economically, many British farms would go to the wall, unable to compete with cheap imports. This would also be a cultural loss, as the farmers who have shaped the landscape slowly die out leaving the countryside as open-air factories or rural theme parks.

There is still time to stop a bonfire of regulations. It will only happen in the worst case scenario of a no-deal Brexit, something the NFU describes as “catastrophic”. A deal would leave the UK tied into many EU trade deals, closing down the option of opening up our markets to all and sundry.

The fact that Gove remains in cabinet as chancellor of the Duchy of Lancaster with a role in Brexit negotiations at least means there is a voice for sanity at the top table. But the chances of it getting heard are slim. Johnson’s promise to leave the EU on 31 October, “do or die”, is really a threat to many farmers who know leaving on Halloween would actually be a case of do and die.

Julian Baggini is a writer and philosopher