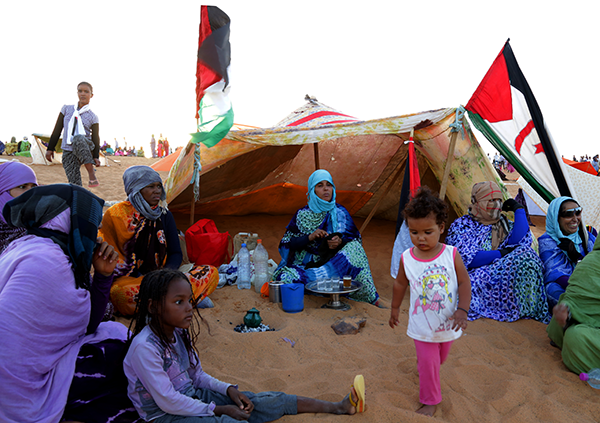 Time for EU to stop being bystander in Western Sahara

The Western Sahara conflict is at a turning point.

UN peace talks towards a negotiated settlement are expected as early as November.

With the recent appointment of a new UN secretary general’s special envoy, former German president Horst Koehler, and the upcoming renewal of the UN peacekeeping operation (MINURSO) in a conflict that has been frozen for nearly 40 years, there is a rare window of opportunity to change the status quo.

It is in the interest of the EU, and the future of the Maghreb region as a whole, for decision makers in Brussels to stop being a bystander in the political process and use their effective policy options to create the conditions for meaningful negotiations.

This is not about the EU doing the UN’s job. But instead about the EU being an active player in the security and stability of its Southern neighbourhood.

Unfortunately, the EU’s current approach is defined by a narrow and misguided focus on trade with Morocco at the expense of the Saharawi people. This has clear negative implications for the UN political process.

In successive judgements, the European Court of Justice ruled that EU-Morocco trade agreements could not be applied to Western Sahara – which in line with international law is deemed "separate and distinct" from Morocco.

But the EU has continued on a course of undermining its own legal rulings and somehow finding a process that would support the illegal trading of Western Saharan resources through Morocco.

As the prospects of renewed UN peace talks approach, the EU cannot continue to ignore the grave consequences of its actions. As the recognised representative of the Saharawi people, the Polisario is duty bound to protect the interests of our people and of our natural resources.

We are left with no choice but to go back to the courts, which will only tie up our and the EU’s bandwidth, all at the same time when the UN and UN Security Council members are asking us to focus all our resources on the political process.

The negative impact of the EU’s actions goes further.

While the Polisario has stated clearly and publicly our position to negotiate with no pre-conditions, when the talks likely resume in November we will be sat opposite an empty chair.

Put simply, Morocco will not come to the negotiating table to agree to peacefully give up its illegal occupation of Western Sahara while the EU continues to sign trade deals which implicitly help to strengthen the status quo.

The uncomfortable reality for the EU is that Morocco neither wants negotiations nor a genuine political process; yet it is being rewarded for the illegal occupation and exploitation of our natural resources.

A key missing element in the EU’s approach has been the will of the Saharawi people.

The EU has sadly afforded preferential treatment to Morocco’s illegal occupation of Western Sahara including by knowingly excluding from the trade talks the thousands of Saharawis forced to live in exile in refugee camps as a result of the occupation.

To highlight this, 89 Saharawi civil society organisations wrote to EU leaders earlier this year to highlight their deep concerns over EU’s trade negotiations, the absence of consent, and to remind EU leaders of the dire human rights situation under Morocco’s brutal and illegal occupation.

This leaves the Polisario with no other choice but to pursue all available legal avenues to ensure such agreements do not continue to violate our rights under international and European law.

Against this backdrop, an urgent change of approach is needed, which would see the EU finally play a genuine, impartial, and constructive role in supporting peace – including by suspending all ongoing trade negotiations and agreements which concern the territory or territorial waters of Western Sahara, appointing an EU envoy to support the UN political process on Western Sahara, and using preferential trade agreements as a peace dividend to incentivise the successful conclusion of a peace agreement.

During his recent visit to the region Koehler was clear: the ultimate goal of the political process is the self-determination of the Saharawi people.

International law is unequivocal on this.

It is high time for the EU to get behind this international objective for the sake of a sustainable future for the Maghreb built on democratic stability, prosperity, and the rule of law.

Mohamed Sidati is the representative of Polisario Front for Europe